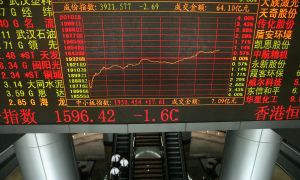 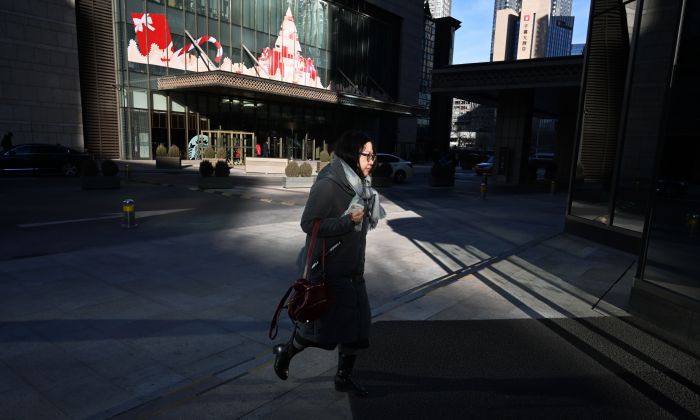 China's economy maybe worse than it presents. Half of Chinese didn't receive year-end bonuses before new year, some even were laid off. (GREG BAKER/AFP/Getty Images)
China Business & Economy

Many Chinese are starting the Lunar New Year holidays with bad news.

According to Zhaopin, one of China’s top three recruitment websites, only about 55 percent of white-collar employees surveyed said they would receive a year-end bonus, which may be in the form of cash or goods.

Year-end bonuses have become an important element of many Chinese employees’ income, especially to help them buy goods for the Lunar New Year celebration, as well as buy gifts for family and relatives.

But this year will be tough.

Compared with the roughly 66 percent surveyed by Zhaopin in 2017 who said they received bonuses, 2018 saw an 11 percent decrease in the number of workers receiving this extra money for the new Year of the Pig.

At the same time, many Chinese recently posted on social media that they were laid off just before the new year.

China Fund, an economic newspaper printed by state-run outlet People’s Daily, reported on Feb. 2 about one of the most discussed social media posts reportedly written by a laid-off employee of Netease, one of China’s four major web portals.

In the original post, the employee, who did not give his name, said that he was laid off on Feb. 1, four days before the Lunar New Year. He said Netease planned to reduce the number of employees in its online store division from 1,400 to 900.

The employee said some peers were laid off together with him, and that the company would lay off more than 400 within the first working week of the lunar new year. In the technical team, half of the 400 programmers will be laid off.

His words attracted the attention of many fellow Netease employees, who commented with their own stories of being laid off.

Some of them said they had received a layoff compensation of “N+1”, meaning the number of service years in monthly salary plus one month. For example, a laid-off employee will receive six-months’ salary as compensation if he has worked for five years at Netease.

Some Netease employees who joined Netease at the beginning of 2018 said they were promised an extra eight times their monthly salary as year-end bonuses. But now, they would only receive one month’s salary as compensation without the bonus. They added that by the N+1 formula, they should receive two months salary as compensation, but that the human resources and financial departments told them they were only entitled to one month.

Another Netease employee said he was not surprised by the layoffs, as the online store business had performed very badly in 2018. “No profit, big losses … even the year-end bonuses [for some employees] had to come from the company’s 2019 budget,” the employee wrote.

Netease denied that on Feb. 2, but said the online store division was under “structure optimization,” meaning it would fire poorly performing employees.

This is the excuse used by scores of top internet-based companies since the fourth quarter of 2018.

Since November 2018, social media has been abuzz with accounts of major layoffs at tech giants Alibaba and Tencent; e-retailer JD.com; search engine Baidu; Zhihu, a Quora-like website; Douyu, a live video platform; bike sharing company Mobike; and scores of other tech firms. But all these companies denied the news and said that they were simply doing structure optimization.

China’s economy could be worse than it previously anticipated.

Ning Jizhe, the director of China’s National Bureau of Statistics, said on Jan. 21 that China’s unemployment rate in 2018 was around 5 percent, which is similar to 2017.

China calculates the number of unemployed people as only those who seek unemployment social security benefits with the government, specifying that only men aged 16 to 50 and women aged 16 to 45 qualify.