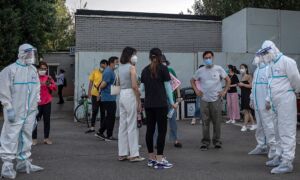 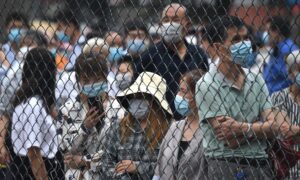 A Beijing apartment building has recently been sealed by welding it shut with all the residents trapped inside in order to contain a CCP virus outbreak.

A video has circulated on the internet showing epidemic control staff welding shut an entire apartment building in Beijing, apparently to prevent the residents from leaving the building after a resident was found to have been infected with the CCP virus.

The video circulated on social media both inside and outside of China on June 23. Chinese nationals expressed shock. Although this barbaric practice of infection control is known to have been used previously in Hubei and Heilongjiang Provinces, Chinese people generally assumed that in Beijing, the capital of China, local authorities wouldn’t dare to do such a thing as they have to pretend to be more civilized.