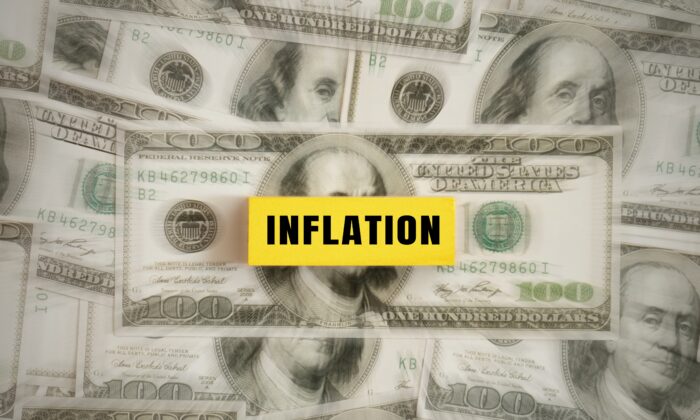 Nearly 100 percent of Americans say they have been affected by soaring inflation, according to a new poll.

Of those who answered that inflation has impacted them “a lot,” an overwhelming 65 percent are 45 to 64 years old, while 62 percent are individuals earning less than $50,000 a year.

Ninety-eight percent of those who said they have been affected by inflation are Republicans, while 94 percent are Democrats, according to the survey.

The survey of 1,500 U.S. adult citizens age 18 and over was conducted from Aug. 7 to Aug. 9, and has a margin of error of plus or minus 2.9 percent (adjusted for weighting), and plus or minus 3 percent (registered voters).

The survey was released as inflation reached 8.5 percent on an annual basis in the United States in July, according to the Bureau of Labor Statistics, down from June’s 9.1 percent high, suggesting that rising prices appear to have slowed on a month-over-month basis.

Elsewhere, the electricity index increased in July, rising 1.6 percent, and 15.2 percent year over year, marking the largest 12-month increase since the period ended in February 2006.

Gasoline, meanwhile, fell 7.1 percent in July, but is still up 44 percent from a year ago; the fuel oil index has risen 75.6 percent.

Inflation is now costing U.S. households an extra $717 a month, according to a new analysis from the Joint Economic Committee Republicans (JECR).

The JECR calculated the figure by comparing prices for goods and services in July versus how much they would have cost households in January 2021, when inflation wasn’t rapidly rising and remained at historical norms of 1.4 percent.

“On average, prices did not increase from June 2022 to July 2022. However, prices have increased 13.3 percent from January 2021 to July 2022, costing the average American household $717 last month alone,” the JECR noted in a statement.

“Even if prices stop increasing altogether, the inflation that has already occurred will cost the average American household $8,607 over the next 12 months.”

In an effort to curb rising prices, House Democrats passed the Inflation Reduction Act (IRA) in a strictly party-line vote on Aug. 12; the legislation is expected to be signed soon by President Joe Biden. The measure includes large investments toward making health care and prescription drugs more affordable, fighting climate change, and taxing large corporations and the wealthy.