9 US States Plan Reopening of Economies After CCP Virus Shutdown 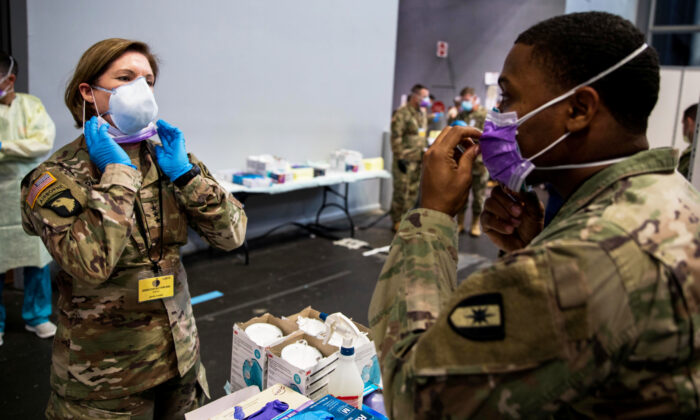 NEW YORK—A total of nine states on the U.S. East and West coasts said on April 13 they had begun planning for the slow reopening of their economies and lifting of strict stay-at-home orders amid signs the worst had passed in the CCP virus pandemic.

The Northeast states of New York, New Jersey, and Connecticut will work with Delaware, Pennsylvania, and Rhode Island in coordinating to gradually reopen their economies together, New York Gov. Andrew Cuomo said.

“Nobody has been here before, nobody has all the answers,” Cuomo said during an open conference call with his five counterparts. “Addressing public health and the economy: Which one is first? They’re both first.”

The governors of California, Oregon, and Washington said they also had reached an agreement on a shared approach to restarting businesses, although they gave no firm timeline and said they would be guided by the health of residents first.

President Donald Trump said earlier on April 13 that any decision to restart the economy was his to make.

State governors and Trump have debated about when and how to restart economic activity.

Legal experts say a U.S. president has limited power under the U.S. Constitution to order citizens back to their places of employment, or cities to reopen government buildings, transportation, or local businesses to reopen.

“It is the decision of the president, and for many good reasons,” Trump wrote on Twitter on April 13. He went on to write that his administration was working closely with the governors.

“A decision by me, in conjunction with the governors and input from others, will be made shortly!” Trump’s tweet stated.

Political leaders said a reopening of the economy may hinge on more widespread testing and cautioned that lifting of stay-at-home restrictions too early could reignite the outbreak. The Trump administration has signaled May 1 as a potential date for easing the restrictions.

But fatalities reported on April 12 numbered 1,513, the smallest increase since 1,309 died on April 6. The largest number of fatalities, more than 10,000, was in New York state with the concentration in and around New York City.

Cuomo said on April 13 that “the worst is over” for his state but warned that gains achieved through social distancing could be undone if “we do something stupid” and relax those restrictions too quickly.

Wyoming reported its first death from the CCP virus, commonly known as the novel coronavirus, on April 13, the final U.S. state to report a fatality.

Official statistics, which exclude deaths outside of hospitals, have understated the actual number of people who have succumbed to COVID-19, the respiratory disease caused by the CCP virus, health experts said.

New York City Health Commissioner Dr. Oxiris Barbot acknowledged a “tightening” of the supply chain for swabs needed in CCP virus testing, and said it was part of a “national and international challenge” to ramp up testing.

Chris Sununu, the Republican governor of New Hampshire, said testing for the CCP virus had improved “but we don’t have enough. Nobody has enough.”

To ease the impact of the shutdown on the U.S. economy, the two top Democrats in the U.S. Congress urged Republicans on April 13 to authorize more funding for national testing. An effort to rush fresh assistance to U.S. small businesses stalled in Congress as the health emergency failed to overcome partisan differences.