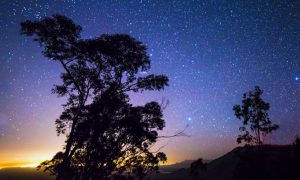 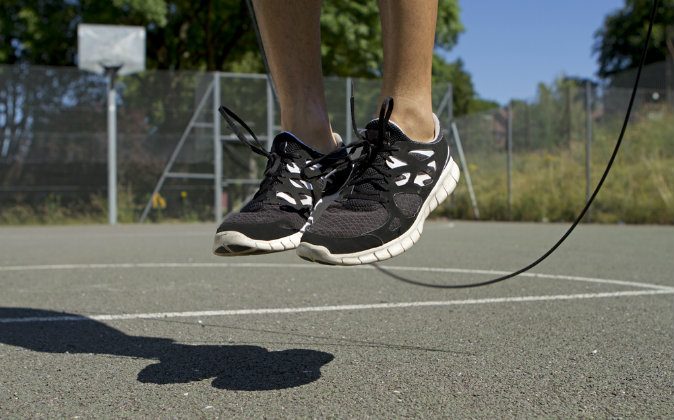 9 Scientists Who Dispute Theory of Gravity

As the study of quantum physics progresses, and as scientists discover more about black holes, dark matter, dark energy, and other cosmic phenomena, it becomes increasingly difficult to make it all fit with the current understanding of gravity.

Sir Isaac Newton took the first big step in forming the understanding of gravity science has today. Albert Einstein’s relativity theory, which viewed gravity as a consequence of a space-time curvature, took the next big step in shaping this understanding.

Together, Newton and Einstein formed the understanding science has of this force.

Here is a look at the problems related to gravity highlighted by nine scientists, as well as alternative theories.

Thomas Townsend Brown (1905-1985) was a physicist who conducted research for the U.S. Navy and National Defense and later worked as a consultant in the aircraft industry.

He created a machine, patented as “the gravitator,” that he said defied gravity—and which some scientists to this day say defied gravity. Affected by a high-voltage charge, it moved contrary to how it should within the current understanding of gravity.

In his patent application, Brown said it operates in a resting state in relation to the rest of the universe. This defies Albert Einstein’s special relativity theory, which dictates that a force should operate in the same manner to any frame of reference. The gravitator is also said to have violated Sir Isaac Newton’s third law of physics that every action should produce an equal and opposite reaction.

In 1930, Colonel Edward Deeds wrote: “I have had a number of scientists view the gravitator and they have all been absolutely amazed at its action, frankly stating that whereas they see the results and the movements of the gravitator, it is absolutely unexplainable by any laws of physics that they know.”

Some have said the gravitator’s movements are directed by an ion wind—that ionized particles create the force. Paul A. LaViolette is among the scientists who disagree with the ion-wind explanation.

“Measurements of thrust indicated that the force lifting Brown’s electrified disc was almost 100 million times greater than what could reasonably be generated by an ion wind,” LaViolette wrote in his book “Secrets of Anti-Gravity Propulsion.”

LaViolette received his Ph.D. from Portland State University and is currently president of the Starburst Foundation, an interdisciplinary scientific research institute. He wrote in his book: “For the past several decades, highly classified aerospace programs in the United States and in several other countries have been developing aircraft capable of defying gravity. One form of this technology can loft a craft on matter-repelling energy beams. This exotic technology falls under the relatively obscure field of research known as electrogravitics.”

LaViolette traced this field of research back to Nikola Tesla in the 19th century and then to Brown in the first half of the 20th century. In Brown’s theories, electrostatic and gravitational fields are combined, explained LaViolette.

The electrogravitic effect is ignored “because the phenomenon isn’t anticipated by either classical electrostatics or general relativity,” wrote LaViolette.

He goes on to discuss subquantum kinetics, which views gravity as both a push and a pull. This is possible through electric charge polarity. This polarity correlates to negative and positive gravitational forces.

This composite image shows the distribution of dark matter, galaxies, and hot gas in the core of the merging galaxy cluster Abell 520, formed from a violent collision of massive galaxy clusters. (NASA, ESA, CFHT, CXO, M.J. Jee at the University of California, and A. Mahdavi at San Francisco State University)

Scientists know the universe is expanding at an increasing rate. They say “dark energy” is the force behind this expansion. They don’t know what “dark energy” is, but it may defy Einstein’s theory of gravity.

A NASA paper describing dark energy says one possibility “is that Einstein’s theory of gravity is not correct.”

“That would not only affect the expansion of the universe, but it would also affect the way that normal matter in galaxies and clusters of galaxies behaved,” the paper states. “This fact would provide a way to decide if the solution to the dark energy problem is a new gravity theory or not: we could observe how galaxies come together in clusters. But if it does turn out that a new theory of gravity is needed, what kind of theory would it be?”

4. Tom Van Flandern: A Problem With the Speed of Gravity

Tom Van Flandern (1940-2009) received his Ph.D. in astronomy from Yale University in 1969. He did not fully reject general relativity, but he did say the theory had problems. Einstein’s theory “was incomplete rather than wrong,” he wrote in “The Speed of Gravity—What the Experiments Say,” published in Physics Letter A in 1998.

“The same dilemma comes up in many guises,” he wrote. “Why do photons from the sun travel in directions that are not parallel to the direction of Earth’s gravitational acceleration toward the sun? Why do total eclipses of the sun by the moon reach maximum eclipse about 40 seconds before the sun and moon’s gravitational forces align? How do binary pulsars anticipate each other’s future position, velocity, and acceleration faster than the light time between them would allow? How can black holes have gravity when nothing can get out because escape speed is greater than the speed of light?”

He proposed a new way to understand the speed of gravity.

William H. Cantrell, Ph.D., is a member of the technical staff at the MIT Lincoln Laboratory. He was formerly an adjunct assistant professor in the electrical engineering department at the University of Texas.

He presented a dissident view of relativity theory in the magazine Infinite Energy, published by the non-profit organization New Energy Foundation (NEF).

The touted successes of Einstein’s theory, such as nuclear fission in the atomic bomb, do not actually rely on his theory, Cantrell said. The atomic bomb could go off without relativity theory.

Cantrell wrote: “It is undoubtedly a fact that relativity theory had a profound impact on physics during the 20th century. Einstein’s theory is celebrated the world over for having produced a series of brilliant successes. Nevertheless, there is a sizeable community of dissident scientists who reject it outright, and a far larger group, unaware of an alternative, who harbor a pronounced distaste for it.

“This dislike stems from the fact that Einstein borrows from the mathematics of Lorentz and Poincaré, and this allows him to modify length and time measurement to force the speed of light to be constant for all observers.

“Given a clear alternative to tampering with the fundamentals, most rational thinkers would jump at the chance for a substitute. But why challenge such a supposedly successful theory? Well, for two very good reasons—first, to truly understand and describe how nature works, and second, to achieve new breakthroughs, once an unintentional roadblock to progress has been removed.”

Cantrell and other scientists have said the logic of Einstein’s theory is circular. He illustrated this point with an analogy. He said one could hypothesize that “the Earth has a twin moon made of a special green cheese that is perfectly transparent to illumination.”

“Obviously this is nonsense, but by its own design, the statement cannot be refuted by experiment. We find ourselves in a similar predicament when it comes to Einstein’s relativity.”