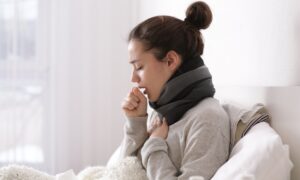 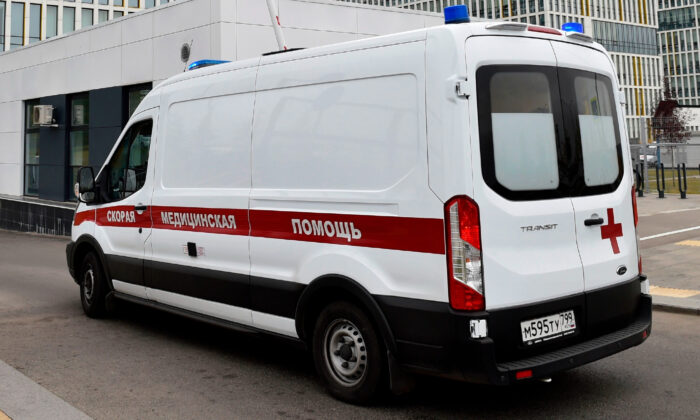 File photo of an ambulance in Russia. (Natalia Kolesnikova/AFP via Getty Images)
World

MOSCOW—Nine coronavirus patients died in a Russian hospital in the southern city of Vladikavkaz after an oxygen pipe burst underground, cutting supply to an intensive care ward, Russian news agencies reported on Monday.

“Nine patients with coronavirus died due to a lack of oxygen,” the TASS news agency cited the local health ministry as saying.

“A total of 71 people were in intensive care, not all were (receiving) oxygen supply,” TASS quoted the ministry as saying.

Regional authorities have agreed with the defense ministry to supply oxygen to all of the city’s hospitals from the town of Mozdok, around 80 km (50 miles) north of Vladikavkaz, the RIA news agency reported.

“There was a burst in the oxygen pipe from the reservoir, which is underground, and the oxygen supply was stopped,” the acting head of the North Ossetia region, where Vladikavkaz is located, was quoted as saying by RIA.