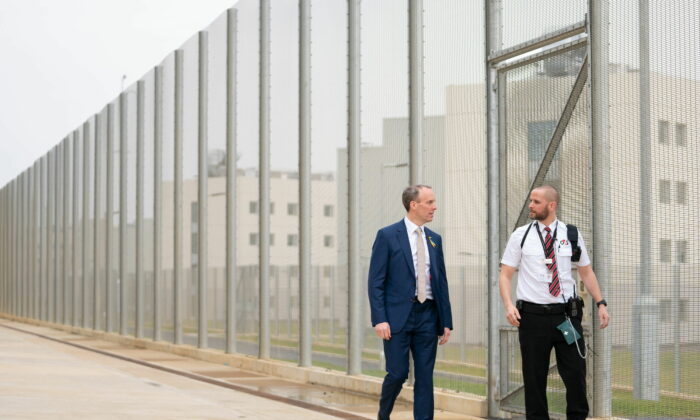 A report by Her Majesty’s Inspectorate of Prisons has found that nine Islamist terrorists being held in two special “separation centres” in British prisons are refusing to engage in deradicalisation and other programmes designed to tackle offender behaviour.

In April 2022 inspectors visited the centres in Woodhill prison in Buckinghamshire, and Frankland prison in County Durham, which hold high profile prisoners including Hashem Abedi, the brother of Manchester Arena suicide bomber Salman Abedi, who is serving a life sentence for helping him make the bomb that killed 22 people.

The idea of separation centres was devised in 2017 with the idea of keeping the most dangerously radicalised terrorists from affecting the general prison population.

The Chief Inspector of Prisons, Charlie Taylor, said the offending behaviour programmes aimed at deradicalising the prisoners were “too ambitious” and most prisoners were not willing to engage.

He said: “The central team and prison leaders need to be clear about the psychological and philosophical expectations of the centres and make sure that all staff fully understand and deliver their specialist role. The challenge for the centres is to fulfil their aim in protecting others from harm while providing clear progression pathways for men to follow.”

“For those who fully engage and show progression, carefully organised and supervised opportunities to have some limited contact with mainstream prisoners and staff would be a way of testing whether further reintegration is possible and safe,” he added.

The report found “almost all prisoners refused any kind of purposeful activity or offending behaviour work,” which meant they were locked up in their cells for 22 hours a day.

It said the prisons’ Muslim chaplains visited the centres at least three times a week but Islamic study classes had not resumed and, at the time of the inspection, access to Friday prayers was limited by COVID-19 restrictions.

In April the independent reviewer of terrorist legislation, Jonathan Hall, submitted a report that said convicted Islamist extremists were seeking to dictate diets and washing habits of non-Muslim prisoners and were succeeding in keeping prison officers out of their Friday prayer sessions.

The Justice Secretary and Deputy Prime Minister, Dominic Raab, responded by announcing plans for a £6 million ($7.27 million) expansion of the separation centres, which will include a third unit at Full Sutton prison in North Yorkshire.

Raab said, “We are going to take a more decisive approach in our prisons, not allowing cultural and religious sensitivities to deter us from nipping in the bud early signs of terrorist risk.”

In November 2019 Usman Khan—who had been freed from prison after serving a sentence for terrorist offences—murdered two volunteers from a prisoner rehabilitation charity at an event at the Fishmongers’ Hall in central London before he was shot dead by police. Just over a month later another recently released terrorist, Sudesh Amman, was gunned down by police in Streatham, south London, after stabbing shoppers.