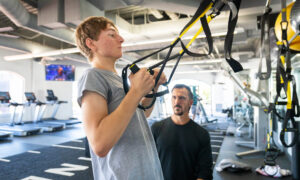 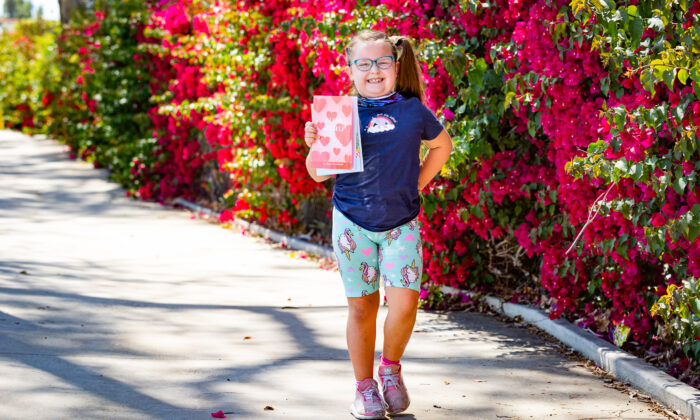 When 8-year-old Kiara “Kiwi” Smith first learned she was dyslexic, she said she felt “weird.”

“I felt like I was different from other people,” she told The Epoch Times. “No one was like me.”

Indeed, Kiara is unlike most of the other girls her age in Brea, California—but not for the reasons one might think. In April, she published her fourth children’s book on Amazon.

“I’m Sorry: The Right Time to Apologize” is Kiara’s fourth installment in the Kiwi Cares Collection, a series dedicated to teaching children valuable life lessons. Her previous volumes include “Truth Over Lies,” “Friends of All Types, Shapes, and Sizes,” and “I Love Myself.”

The young author said the diagnosis of dyslexia—which causes difficulty in reading, and interpreting letters and words—felt like a constraint at first, but ultimately encouraged her to embrace her unique form of creativity.

“Since then, I feel like, ‘Oh, my brain just works differently,’” she explained. After that realization, the insecurities she had experienced previously over her learning disorder “just floated away.”

The genesis of Kiara’s work sprang from a confluence of events, including a number of what her mother, Katrina, called “tougher conversations.” As a family, they began talking about the many ways people were being affected by the COVID-19 pandemic, and the challenges of adapting to sudden changes.

“Kiara took a huge interest in philanthropy and wanting to give back,” Katrina told The Epoch Times.

Kiara began asking how her family could help people in need; some early ideas included opening a lemonade stand or selling cookies to raise money for charity.

At the same time, Katrina began learning more about dyslexia. She credits one book in particular—“The Dyslexic Advantage: Unlocking the Hidden Potential of the Dyslexic Brain”—with helping her better understand the potentially positive attributes of the disorder.

“People with dyslexia tend to look at things at a much bigger picture, and that’s why they go into fields like … entrepreneurship or architecture or engineering or design,” Katrina said.

“There’s times where I’m stunned at some of the comments Kiara makes, because we’ll be having a conversation, and she can just so easily relate it to a much bigger scale. And I’m like, ‘Wait, how old are you?’”

During a recent walk in the park, Kiara’s grandmother used the analogy of a sponge to explain how her brain soaks up information in school. Without missing a beat, Kiara said, “So knowledge is like water.”

Kira explained the analogy to them, comparing her brain to a sponge “that’s soaking everything up [because] it’s so absorbent.”

Katrina said, “My mom and I just looked at each other like, ‘Oh my God, where did that come from?’”

She then began to think more deeply about Kiara’s unique capabilities and her desire to help others. Soon, she saw a way to channel her daughter’s creative energy.

“I figured, since I’m gonna have her write books that she could practice her reading on, why don’t we self-publish them on Amazon and donate all the profits?”

The Potential to Bring Joy

While Kiara receives some help from her mother, the second-grader has the first and final say about what hits the page. After writing the text of the story, Kiara designs all aspects of the book, including background, fonts, and character options.

“She’s very stern [about] what she writes on the paper being exactly what’s in the book,” Katrina said. “The only edits that can be made are grammatical changes.”

From there, the book goes through some final edits with Kiara’s grandmother, aunt, and mother before publication on Amazon.

Since each book contains a unique message delivered through particular characters, the family researches various nonprofit organizations before deciding where to donate their proceeds.

Thus far, the majority of their proceeds have been donated to Save the Children, an organization that has helped bring health, education, and safety to kids since 1919. Through the group, the Smiths are currently sponsoring a 6-year-old named Jordan on the East Coast. Kiara said this particular girl stood out to her because she, like Kiara, wears glasses.

The family also donates to the Orange County chapter of the child abuse prevention program Olive Crest, which arranged for Kiara and Katrina to visit some of the children in their program on June 4. Kiara was excited to donate copies of her books and read them to the children in need.

“It made Kiara very sad to know that there were kids out there in that position, but also very happy that there’s a potential for us to bring joy and connect with them,” Katrina said.

Though she’s very secretive about her projects, Kiara has many books planned for the future, including one about entrepreneurs.