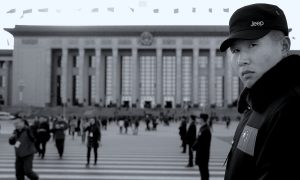 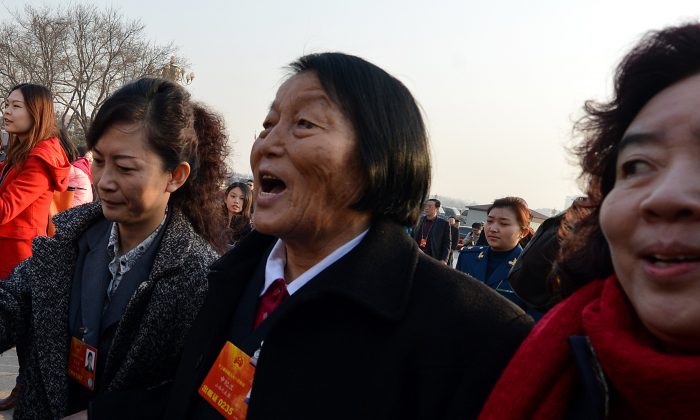 Caption: Shen Jilan arrives for the opening session of the National People's Congress at the Great Hall of the People in Beijing on March 5, 2013. (Mark Ralston/AFP/Getty Images)
China

8 Facepalm-worthy Lines from a Member of China’s Congress

“To be a people’s representative is to listen to the Party,” Shen told state media in 2010. “I have never cast a ‘no’ vote.”

The 85-year-old grandmother has been a Shanxi province peasant delegate since the very first session of the National People’s Congress in 1954. The NPC is the largely ceremonial Communist Party-controlled congress that vets and passes laws. During her tenure, Shen has always raised her hand—or pressed the green button when voting went digital—in support of all motions that the legislature has tabled.

To be a people’s representative is to listen to the Party.
— Shen Jilan

State media has turned Shen into a folk heroine. According to one report, the poor farmer donated 10,000 yuan—allegedly her entire fortune—to help victims of the Sichuan earthquake in 2008. This earned her an audience with top Chinese Communist Party officials the following year.

Netizens, however, were highly skeptical of Shen’s generosity. According to Chinese forums, Shen is the director of a local provincial women’s association (affiliated with the Party); her husband is a local construction bureau chief (a highly political post); her children head the local transportation and food bureaus (more government posts).

Also, an international trading company that’s supposedly registered in Shen’s name topped sales of 600 million yuan in 2008, with a net profit of over 70 million yuan, Chinese media have reported.

Many observers and commentators have thus pointed to Shen’s lingering presence at National People’s Congress meetings to back assessments that the Chinese legislature is still very much a rubber stamp, more that sixty years since its inception.

Here are eight of Shen’s most facepalm-worthy quips, with additional remarks in parentheses where appropriate:

“Kim Jong-un is pretty self-reliant in speaking to the United States about nuclear weaponry before he’s even turned 30.”

“Only a socialist country is able to provide the people with pension; for this I’m extremely happy.”

(China does not have a very robust pension system.)

3. On speaking to those whom she represents in congress

“We are chosen by democratic election. It is not right if you talk to the people.”

(She means that it’s not right to talk to her supposed constituents.)

“For many years, I only voted for things I supported with my heart. As for those I didn’t, I abstained from voting.”

(Yet she voted on entirely opposite propositions over the years…)

“The bad phenomena in society is the fault of individuals because the Party is never bad.”

(The classic perspective of the Party stalwart.)

“The Internet should be managed like the People’s Daily. We can’t just let people do whatever they want.”

“Back in the old days, we thanked the Party with tears in our eyes when we got tap water.”

“Now we all enjoy medical services and insurances that cover major and minor illnesses. Only the Chinese Communist Party could make this possible.”

(Because other countries don’t have health care systems.)