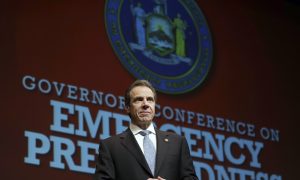 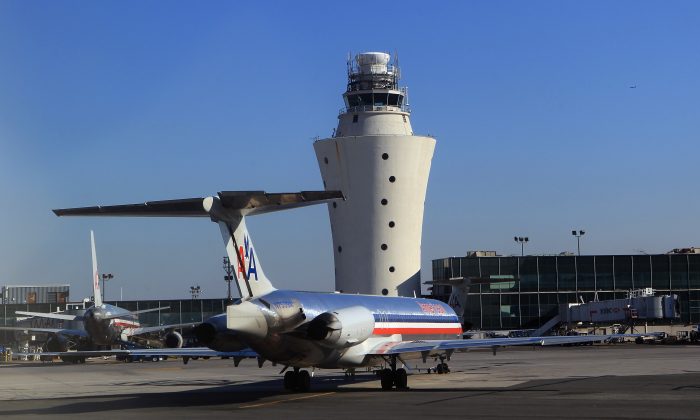 NEW YORK—In what may be the largest investment in U.S. airports, The Port Authority of New York and New Jersey has earmarked nearly $8 billion for upgrades at LaGuardia, John F. Kennedy, and Newark airports as part of a 10-year plan introduced Tuesday.

The three airports have been rated among the five worst in the nation and Gov. Andrew Cuomo singled out the conditions at LaGuardia and JFK airports in his State of the State address last month, vowing to take over the rehabilitation at the facilities.

Now, pending the board’s approval, the port authority has set aside significant funding to move forward with the projects.

The authority’s project to revamp LaGuardia airport has stalled for nearly a decade. There are now plans for a new terminal with nearly double the floor space, though the number of gates will remain the same. The airport was built to handle 8 million travelers annually, but handled more than 25 million in 2012.

LaGuardia Airport was rated the worst in the nation by Travel + Leisure magazine in 2012, earning a “dubious honor of ranking the worst for the check-in and security process, the worst for baggage handling, the worst when it comes to providing Wi-Fi, the worst at staff communication, and the worst design and cleanliness.”

Nearly half of the projects listed in the plan are existing projects, while the other half are new.

Another $8 billion was proposed for bridge and tunnel work.

The port authority announced plans to renovate Goethals Bridge last year in a $1.5-billion public-private partnership, the first of such for a public transportation project in the region.

Early stage construction has already begun and the port authority estimates it will be completed by 2017.

The Bayonne Bridge project is estimated to cost $1.3 billion, another project that has long been in the works. It involves raising the bridge and maintaining traffic flow during construction.

The George Washington Bridge requires work as well. An estimated $1.2 billion will be used to replace the bridge’s suspender ropes.

“This is like a breath of fresh air,” said David Steiner, a member of the Port Authority’s Board of Commissioners, after the presentation. “We’re really going to pay as we go and if we can’t afford to do something we’re not going to do it.”

Nearly half of the proposed funds in the capital plan will go toward projects in a state of good repair, as the port authority is trying to return to its core function of maintaining and building transportation infrastructure, said the agency’s Chief Financial Officer Elizabeth McCarthy.