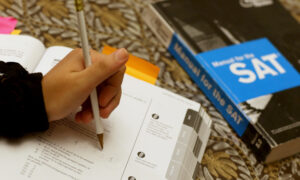 78,000 aluminum ladders in the United States that were manufactured in China were recalled by Werner Co. on June 20.

The privately owned Pennsylvania company recalled five models of telescoping ladders after they discovered that the ladder could break during use.

The recall occurred after one report of a ladder breaking while it was being used, which resulted in an injury.

Due to the safety hazard, Werner Co. suggested to immediately stop using the ladders and return it to the store of purchase for a full refund.

Home Depot and Lowe’s stores were selling these ladders nationwide over April and May 2018 for between $180 and $275.

This is not the first time products made in China have had to be recalled. In April 2018, Malaysia’s health ministry recalled two sardine products from China when they were found to contain dead worms. The Indonesian Food and Drug Monitoring Agency also ordered a recall after finding three Chinese sardine products with dead worms inside.

The models that are being recalled can be found below: