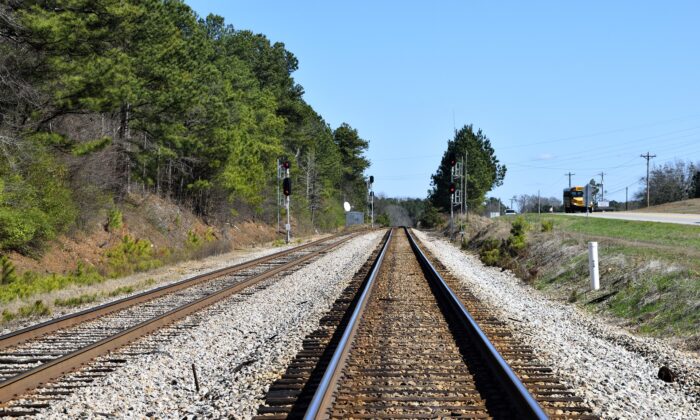 MONTREAL—A 74−year−old man taking a driving test in Montreal was killed on Feb. 18 when a commuter train struck the car he was driving.

The examiner, an employee of Quebec’s motor vehicle insurance agency, who was seated next to the driver, suffered critical injuries and was taken to hospital.

Police say the collision occurred in the city’s north end at a level railway crossing on Gouin Boulevard, near the river that separates Montreal from its northern suburb.

Mario Vaillancourt, spokesman for the Societe de l’assurance automobile du Quebec, said the 74-year-old was being re-evaluated for a driver’s license.

Vaillancourt said the type of exam the man was taking “is often tied to someone’s health condition,” though he declined to discuss the specifics of the collision.

“We ask that they take a road test” to evaluate whether the person can still drive safely, Vaillancourt said.

The SAAQ released a statement Tuesday afternoon offering condolences to the 74−year−old’s family. “A team has been deployed … to meet with staff members to provide them with the necessary psychological support,” the agency said.

The Transportation Safety Board of Canada said it has dispatched an investigator to the railway crossing to gather information about the collision, which occurred around 9:30 a.m.

No one was injured aboard the train, which is operated by the regional transit agency Exo.