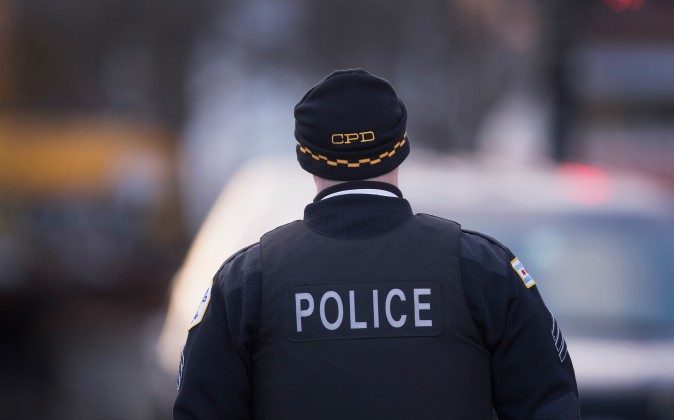 A shocking new police report, commissioned by Chicago’s Police Accountability Task Force (PATF), found that 74 percent of people shot by Chicago police between 2008 and 2015 were black. Thirty-three percent of the city’s population is black.

The PATF report, authored by 46 members from diverse backgrounds, was released on April 13, and is calling for reform to restore “trust between the Chicago police and the communities they serve.”

Created by Mayor Rahm Emanuel in 2015, the task force said “racist or biased policing” by the Chicago police is increasing at an “alarming” rate.

“CPD’s [Chicago City Police’s] own data and other information strongly suggests that CDP’s response to the violence is not sufficiently imbued with Constitutional policing tactics and is also comparatively void of actual procedural and restorative justice in the day-to-day encounters between the police and citizens,” the report stated.

“CPD’s own data gives validity to the widely held belief the police have no regard for the sanctity of life when it comes to people of color.”

For the use of tasers, the numbers were similar: 76 percent black, 13 percent hispanic, 8 percent white, and 0.21 percent Asian.

“The community’s lack of trust in CPD is justified. There is substantial evidence that people of color—particularly African-Americans—have had disproportionately negative experiences with the police over an extended period of time,” the report said.

For more details from the comprehensive, 190-page report, access it here.