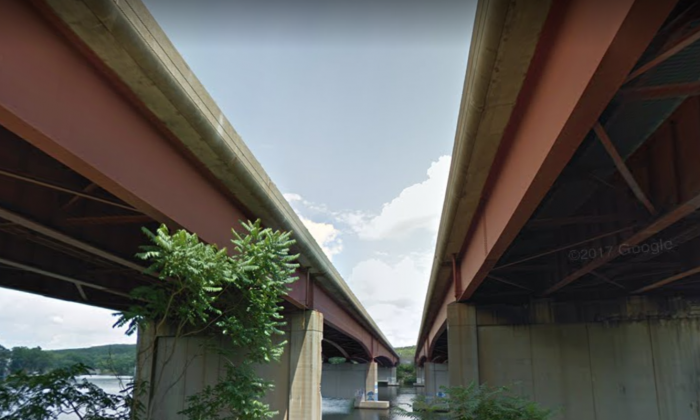 A seven-year-old girl was abducted, strangled, and thrown from the I-290 bridge crossing Lake Quinsigamond before swimming to shore and eventually sharing her story with police. (Screenshot via Google Maps)
US

Early Sunday morning, a 7-year-old girl was found in Shrewsbury, Massachusetts, with a dramatic tale that began with a family party at her grandparents home.

The girl was discovered at 4 a.m. in Shrewsbury, and after speaking with Shrewsbury police, the authorities there teamed up with the Worchester Police Department, detectives assigned to the the Worcester County District Attorney’s Office, and the Massachusetts State Police.

The 7-year-old’s ordeal began at around 2:30 a.m. when she was taken from her grandparents home by a family friend. Her parents never granted permission for the girl to leave, nor for the family friend to take her.

She was then put in a car, where that family friend strangled her and then drove to a bridge and threw her into Lake Quinsigamond.

Turtleboy, a sports blog that widened to news coverage, reports the girl survived a fall from the 290 Bridge, which means her drop was significant “and only makes her story of survival even more bad***.”

The girl survived the strangling and her drop into the lake that separates Worcester and Shrewsbury counties.

She swam to shore and sought help at a nearby home on the Shewsbury side of the lake. When police arrived, they said she had suffered “visible, but not life-threatening injuries.“

The alleged kidnapper was ordered held without bail pending a dangerousness hearing that presiding Judge Janet J. McGuiggan has scheduled for Thursday, Aug. 31, according to a statement from the Worcester County District Attorney’s Office.

In the DA’s words, the man is being charged with “kidnapping a 7-year-old girl early Sunday morning, abducting her, choking her around the neck, then exiting his vehicle and throwing her into Lake Quinsigamond.”

Joshua Hubert, 35, was arrested on Sunday.

Hubert was reported to have been a guest at the family gathering.

“The young victim had the strength to make it to shore and get help. I want to thank the resident who answered the door and helped the girl. I also want to acknowledge the Worcester and Shrewsbury police and the state police detectives assigned to my office. They did a terrific job working together in investigating this case,” he said.

Hubert made headlines in 2009 when a messy custody dispute with the mother of his son led to the woman, Valerie Zawalich, filing a restraining order against Hubert.

Zawalich was fired from her job as a police dispatcher after she took the child without permission while Hubert had custody, according to the Telegram.