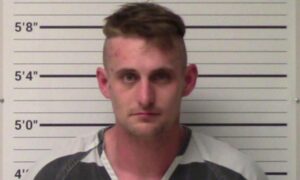 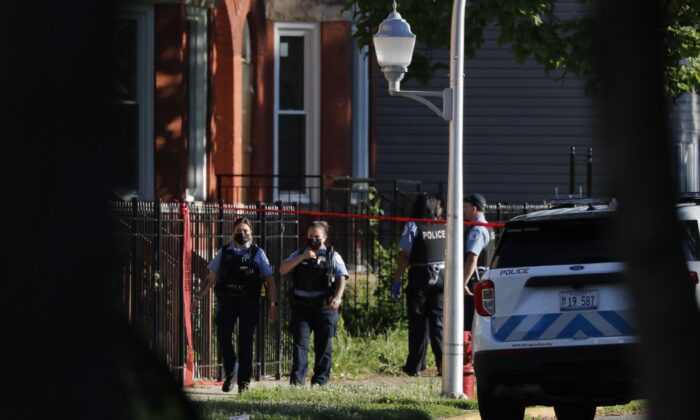 Chicago police work at the scene of a mass shooting in a file photo (Jose M. Osorio/Chicago Tribune/TNS)
Crime and Incidents

7 out of 8 in Mass Shooting in Chicago’s Englewood Neighborhood Were Shot in Head, Likely by 2 Gunmen, Police Report Says

By Paige Fry and Rosemary Sobol
From Chicago Tribune

CHICAGO—Chicago police believe two people entered an Englewood home early Monday and shot eight people—four fatally and seven in the head, according to a police report.

About 5:45 a.m. Tuesday, officers received a call of shots fired from the second-floor residents of a house in the 6200 block of South Morgan Street on the South Side, the report based on preliminary information said. The officers entered the first-floor apartment of the house and found four people all unresponsive with gunshot wounds to the head. They were all in various rooms of the apartment.

Three of the surviving victims found at the scene also had gunshot wounds to their heads, the report said. One victim, a 23-year-old man, had a through-and-through gunshot wound to the back, and he self-transported to St. Bernard’s Hospital in critical condition before he was transferred to the University of Chicago Medical Center.

Police learned that two males came inside the house and shot all the victims, the report said.

Numerous .45-caliber and 9 mm shell casings were found throughout the home, the report said.

Of those who died, Shametria Williams, 19, and Ratanya Aryiel Rogers, 28, were identified by the Cook County medical examiner’s office. A 35-year-old man and a 32-year-old woman were also killed, but they have not yet been identified, pending notification of their family.

The oldest victim was taken to Advocate Christ Medical Center in Oak Lawn, and the two 25-year-olds were taken to the University of Chicago Medical Center, police said.