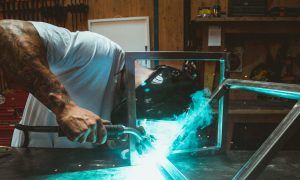 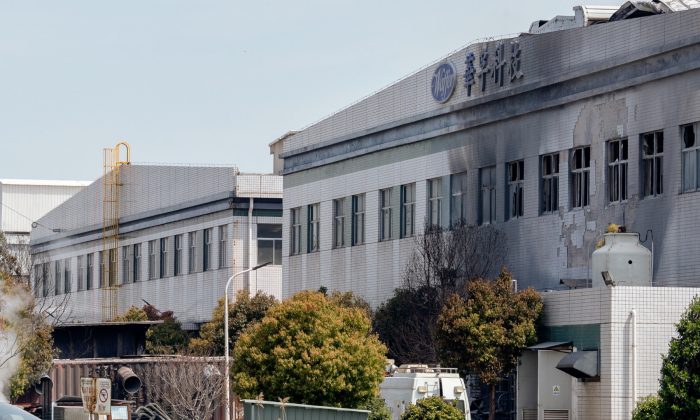 An explosion at a metal-processing plant in China’s Jiangsu province has killed seven people, authorities said on March 31.

This is the fourth fatal blast in China since a massive chemical plant explosion rocked an industrial park in Yancheng city, also in Jiangsu province, on March 21. That blast killed at least 78 people, left more than 600 injured, and triggered a nationwide industrial safety-inspection campaign by the Beijing regime.

The March 31 blast involved a container of scrap metal that exploded in the outdoor yard of a metal-molding plant in a bonded area in the city of Kunshan, sparking a fire, the local government said on its official Weibo account, China’s version of Twitter.

“The cause of the incident is being investigated,” it said of the blast that also injured five others, one of whom was severely injured.

The company was fined in May 2018 by the Kunshan environmental protection bureau for violating water pollution rules, according to the Beijing News, a state-owned newspaper.

Kunshan, about 43 miles west of Shanghai, is home to more than 1,000 technology companies and manufacturers, including many Taiwanese firms.

Just two days before the Kunshan incident, an explosion at a perlite factory in Qingzhou city of Shandong province killed five people and injured three. An initial investigation showed that the blast was caused by a leak of liquified natural gas, the Qingzhou city government said on its official Weibo account on March 30.

On March 25, a blast at a chemical factory in Zhaoyuan city of Shandong province killed one and injured four. The Shandong provincial government said in a March 26 statement that the factory was operating without city authorization.

The factory, operated by Zhaoyuan Jinheng Chemical Industry Company, had been suspended since 2011, according to the statement. It passed a safety check at the end of 2018, and applied to restart production in early 2019, but was blocked by the city government because of safety concerns.

The factory started production without a permit on March 24, the statement said. The blast occurred less than a day later.

On March 23, a gas explosion at a construction site in Dali city in Yunnan province left three people dead and five with injuries. State media reported that the blast occurred when workers were pumping one of the site’s sewage wells.

The most devastating explosion occurred at a pesticide factory in Jiangsu province’s Yancheng city on March 21. The blast caused a 2.2 magnitude earthquake, heavily damaged neighboring buildings, and sparked concerns about water and air contamination in the area.

Official figures as of March 25 placed the death toll at 78 people, with 28 missing. However, many netizens have questioned the accuracy of those numbers.

Beijing said last week that it will launch a monthlong, nationwide inspection campaign into hazardous chemicals, mines, transportation, and fire safety, adding that authorities needed to absorb lessons from the Yancheng disaster.

The country has a history of major work safety accidents that often trigger inspection campaigns aimed at rooting out violations and punishing officials for cutting corners or shirking their supervisory duties.