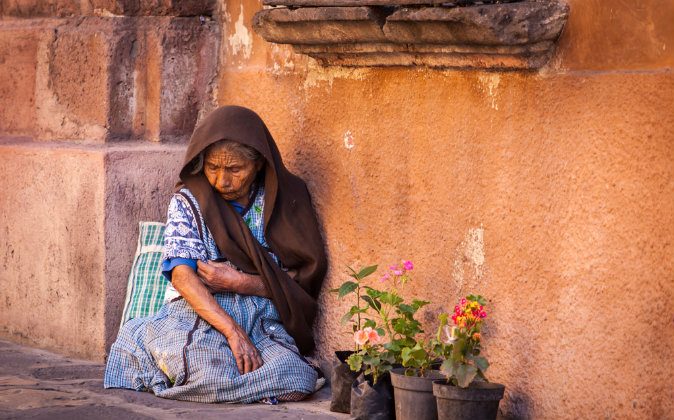 A file photo of an impoverished woman in San Miguel de Allende, Mexico. A Panama Newsroom article explores the impact of environmental policies on the poor who may bear the burden of having to pay for energy sources they can't afford.
12- OBSOLETE

Ghana: I still live in the village despite my fame – Patience Ozokwor reveals

Not many celebrities will choose to live in the so-called low rated areas, especially with all their fame. Most Nigerian celebrities stay in choice areas in Lagos like Lekki, Victoria Island, Ikeja GRA, and so on. But in the case of top Nollywood actress, Patience Ozokwor, the reverse is the case. She recently revealed that she still lives in the village despite all she has achieved with acting.

… “I still live in my village. It is nice to live in the countryside where everyone is everybody’s business. If you see the way people appreciate me in my village, whenever I go to the market to shop everyone will be calling me ‘Mama G’, ‘Gee’ for general, in fact, you will appreciate me more. But my office is located in Enugu town. So, I enjoy living in the village, my hometown. I still live my life of simplicity regardless of fame. … (Read more)

A ‘never before seen’ coding key seized in a drug arrest is revealed to crack secret messages between traffickers. … (Read more)

When his sister broke the news he had been granted a retrial, Iwao Hakamada, who had been on death row for more than three decades, flatly refused to believe it.

Hakamada, a one-time professional boxer who was convicted of killing a family of four in a robbery and setting fire to their home in Shizuoka Prefecture in 1966, had often refused to see her and others despite repeated requests. … The court concluded that the results of new DNA tests showed that his conviction was likely based on faked evidence. … (Read more)

Sightings of ‘primeval monsters’ in Siberia’s Lake Labynkyr were made before ‘Nessie’ was spotted in Scotland.

An expedition by the Russian Geographic Society is expected today to reach the mysterious lake which puzzles scientists by not completely freezing even when the air temperature is minus 60C. …

‘Apart from plans to set up a new record for under-ice diving and to perform scientific research, the participants of the expedition want to check those legends about ‘Labynkyrsky Chert’ – the Labynkyr Devil, a huge monster supposedly living in the lake,’ said a society spokesman. … (Read more)

Panama: Environmentalism at the expense of poverty?

Current policies against global warming are generating higher energy costs hurting the poorest in particular claims a contributor to Nacion.com in a devastating attack on world and Central American environmentalists.

“… The weight of these policies falls squarely on the world’s poor as it is easy for the rich to pay more for the energy they consume. I’m always surprised to see well-meaning environmentalists, who are well off economically say, with complete confidence, gas prices need to be doubled or demand that all electricity be generated from costly green sources.”

Iceland: Could Star Wars 7 be heading to Iceland?

As news of the highly-anticipated Star Wars 7 movie continues to leak, recent reports have indicated that Iceland could be among the filming locations. …
The site, visir.is, said producers have earmarked Iceland as a location where “landscape plate shots” can be taken and later used for scenery. The report has, however, sparked talk that the last Star Wars could be partly set on Hoth, the ice planet. … (Read more)

The so-called “Ecomafia” has “raped” parts of Italy with the dumping of toxic waste and the whole country is responsible, Environment Minister Gianluca Galletti said after arriving in the southern region of Campania Thursday.

The powerful Naples-based Camorra mafia has long infiltrated the rubbish-collection industry and has raked in huge profits even as its illegal dumps and uncontrolled burning of waste and other toxic materials have been blamed for unusually high levels of cancer and other disease linked to pollution that will plague future generations. … (Read more)

*Image of woman selling flowers in Mexico via Shutterstock