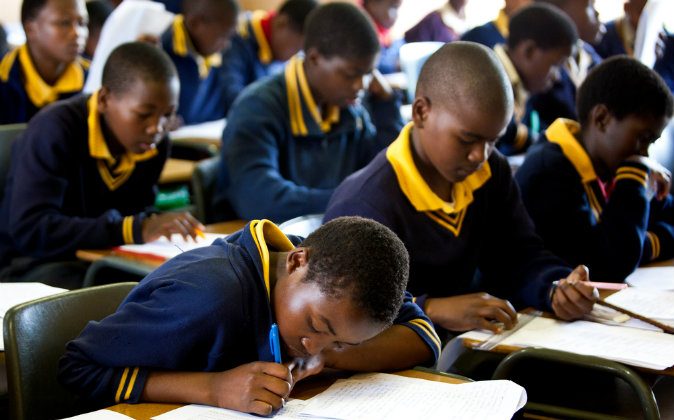 A Barcelona restaurant is giving a new twist to the concept of exclusivity by only having one table and letting clients choose the meals, cutlery and décor they want. … (Read more)

First World status is the goal Swaziland is vigorously pursuing and hoping to attain in the next eight years.

That would make Swaziland the first of the 61 countries on the continent to achieve that.

After 20 years of independence, the country’s neighbour, the Republic of South Africa (RSA), is listed among Third World countries, in spite of the fact that it is also listed as the richest country on the African continent, followed by Egypt, then Nigeria. … (Read more)

Trinidad and Tobago: Liam Teague: Paganini of the steelpan

Hailed as the “Paganini of the Steelpan,” 40-year-old Liam Teague currently serves as the head of Steelpan Studies and associate professor of Music at Northern Illinois University, and he co-directs the NIU Steelband. …

When and how did you get into playing and teaching the steelpan?

In the late 1980s, my father, Russell Teague (deceased), had a Cub Scout Troop when I was a boy. One of the members, Darren Sheppard, brought a steelpan to a meeting. I instantly fell in love with the sound … (Read more)

Trinidad and Tobago Guardian
*Niccolò Paganini was a celebrated violinist

Case may not be an isolated, other 80 beneficiaries being probed

A man who received an 832 euros monthly subsidy from the region of Sicily saw his funding cut off when investigators found he earned 150,000 euros a year and possessed assets totalling 1.2 million euros, according to an state investigation. … (Read more)

One of the most unique and colourful choirs in Ireland celebrates its 10th anniversary this year and will host a ‘Home’ concert in Dublin’s Christ Church Catherdal Saturday evening at 8pm.

The Discovery Gospel Choir, whose members come from 17 different countries across four continents, has been described as “the most multicultural choir in Ireland”. … (Read more)

All foreign visitors to Machu Picchu will soon have to hire an official guide to enter the Inca Citadel, follow one of three predetermined routes through the complex and face time limits at specific points to keep the traffic flowing, under new rules promulgated by the Ministry of Culture in Cusco. … (Read more)

Elephants, believed to have crossed into Namibia from neighbouring Botswana, have been wreaking havoc in villages adjacent to the border fence in the Omaheke Region’s Otjombinde Constituency.

Villagers told Nampa that the elephants, estimated to be about five, have destroyed vital water infrastructure and a village, while they also destroyed vast crop fields in another village.

Although there have not been any reports of physical harm to humans in the constituency, villagers fear that it is only a matter of time before the elephants which are suspected to have crossed into Namibia a week ago, become aggressive and attack humans. … (Read more)