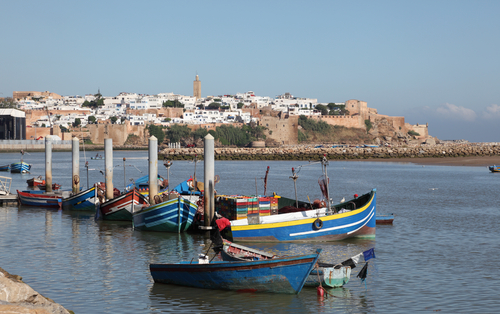 In the latest racism outcry to rock France, a French lifestyle journalist posted a photograph of herself in blackface, sparking howls of protest on social media sites – and some bewilderment over the uproar in her native France.

Jeanne Deroo, a beauty editor at Elle France, posted a photo on Instagram last weekend, which featured her with darkened skin and an Afro wig – an image disconcertingly reminiscent of the theatrical blackface makeup popular in the 19th century.

In the post Civil Rights era, of course, the caricatured stereotype of a bygone epoch of minstrel shows is considered highly offensive in the US and in Britain, where the tradition persisted longer. …

The removal of cultural decorations and symbols from Parliament House has been deplored by the National Museum and Art Gallery.

Director Dr Andrew Moutu said he had made known his views with the Speaker Theo Zurenuoc and Clerk of Parliament Vela Konivaro on the de-installation of the symbolic lintel that adorned the façade of the National Parliament.

“From where it originates, the decorated lintel belongs to an assembly of cultural paraphernalia that was technically designed to induce discipline and respect among its cultural bearers through the psychology of fear and intimidation,” he said. “Discipline and authority of the villages resides and emanates from such cultural representations.” …

RABAT — At the mouth of the Bou Regreg River in Morocco, the small blue boats go from one shore to the other. The tireless rowers have assured the exchange of goods between Rabat and Salé, a commuter town on the other side of the river.

“We wanted to preserve the boats, because they are an integral part of the region’s heritage,” explains Lemghari Essakl, general director for the Bou Regreg Valley Planning Agency. “We have permitted them to organize themselves, and it was also important that they could change their small boats.”

The environment in which the vessels travel from one side of the river to the other has changed dramatically in the past several years. The capital of Morocco is undergoing a metamorphosis. Among the most visible changes are a new bridge, marina and tramway. These additions share the city with its centuries-old heritage, the two medinas of Rabat and Salé and the Kasbah of the Udayas. Historic Rabat has not lost its soul to modern progress, nor has it lost its pure Arab-Andalusian style.

“Knowledge of three languages should become a standard practice for us. We are teaching (these languages to) our children starting from their first year at school,” he said.

Nazarbayev emphasized that all the Kazakhstan citizens should strive to know their national language. “Lifting of one nation through humiliation of other nation is unacceptable. That is why I am talking about trilingualism,” he said.

“Kazakhstan has to know its official language – the Kazakh language. The Russian language is the language of our big neighbor and one of the six UN languages. This language enabled us to access the great literature, the great culture. That is why we should not forget it, or put it aside, every language is wealth for a person,” the President said. …

A former government agent’s involvement with the Bank of China, which is being accused of facilitating terror attacks, is in dispute.

Not showing any signs of giving in, the anti-terrorism NGO Shurat Hadin-Israel Law Center on Saturday night told The Jerusalem Post that it would be demanding to depose Ambassador to China Matan Vilna’i. The claim involves the ongoing controversy of a former government agent’sinvolvement in a major terror financing case against the Bank of China.

The announcement was almost immediately after the NGO’s announcement late Thursday night that it had subpoenaed former National Security Council head Yaakov Amidror to explain why the government would not allow former agent Uzi Shaya to testify against the bank.

In mid-November, Israel filed a motion in a US federal court in Washington to block Shaya from testifying though his testimony was planned to be a major part of a case that terror victims and their families have filed against the bank. …

The married mother of two was consecrated at Christ Church Cathedral, Dublin in a two-hour service this afternoon [November 30] led by the Archbishop of Dublin, The Most Rev DrMichael Jackson. …

This emerged in Public Protector Thuli Madonsela’s provisional report into the upgrades, according to the newspaper.

Government has stated the upgrades were essential for Zuma’s security, but Madonsela found a swimming pool, visitors’ centre, amphitheatre, cattle kraal, marquee area, extensive paving, and new houses for relatives included in the upgrade at “enormous cost” to the taxpayer. …

*Image of Rabat, Morocco via Shutterstock