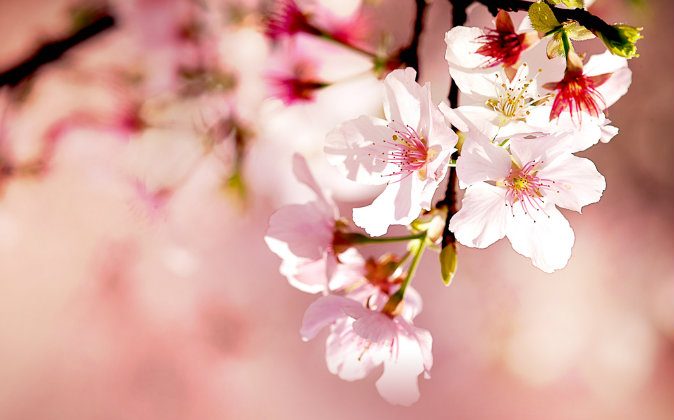 A file photo of a cherry blossom. Japanese botanists are surprised by the unusual characteristics of a cherry tree grown from a pit that has been taken to outerspace. (Shutterstock*)
12- OBSOLETE

A tree grown from a cherry pit that traveled in space five years ago with astronaut Koichi Wakata, now commander of the International Space Station, has bloomed far ahead of what is normal–to the astonishment of botanists. … (Read more)

Wales: 21 things you only remember from your childhood if you’re Welsh

There are some things that only a child growing up in Wales would remember. …

Everyone in Wales has heard of Llanfair PG [Llanfairpwllgwyngyllgogerychwyrndrobwllllantysiliogogogoch] by the time they’re five. It takes a little longer to learn to say it all and then a lifetime of having to put up with being asked to say it by English friends … (Read more)

Llanfairpwllgwyngyllgogerychwyrndrobwllllantysiliogogogoch is a village community in Wales.

It is “inevitable” that New Zealand will ditch the monarchy and become a republic, Sir Don McKinnon says. …

”[There are] 54 countries in the Commonwealth, only 16 are realms, and I can tell you now that one Caribbean publicly, and three Caribbean, privately are probably going to give up that relationship with the monarchy when the Queen dies. So it is a diminishing group of countries, and the important thing is for us to openly and candidly debate the issue.” … (Read more)

A Saharan dust cloud which has been affecting several Western European countries will move East and arrive above Romania’s territory this weekend, but its effects should be slim, specialists say. … (Read more)

Not only do Latin American nations have concerns about Chinese technology, but they also are leery of China’s trade and commercial practices that are often mercantilist in nature and hamper development of indigenous culture and ecology. … (Read more)

Authorities in Cusco confiscated Inca and pre-Inca ceramics and textiles that were being sold to tourists in stores in the city’s historic center. … (Read more)

*Image of cherry blossom via Shutterstock