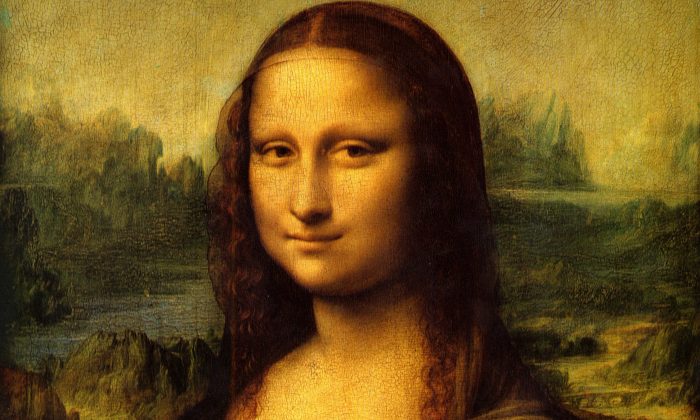 The Mona Lisa, who was she? French investigators are on the case. (Musée du Louvre)
12- OBSOLETE

Trading and owning Nazi objects is legal almost everywhere in the world, but a scheduled auction in Paris has stirred up controversy and has brought back the discussion how to best deal with Nazi memorabilia. … (Read more)

OSAKA–The operator of a popular Osaka nightclub who was charged with violating the entertainment business law for allowing customers to dance without permission was found not guilty on April 25, although the court defended the intent of the law.

The Osaka District Court nullified the charge against Masatoshi Kanemitsu, a 51-year-old owner of the Club Noon, judging that the manner of dancing of customers at his club in Osaka’s Kita Ward was not obscene. … (Read more)

A former servants’ quarters at a ruined 17th century castle will go under the hammer at auction next month.

The staff building at Ruperra Castle, at Machen, near Caerphilly, is up for bidding with a guide price of £50,000, although auctioneers admit the building is in need of a “complete overhaul.” … (Read more)

Early April 2014 the first Glowing Lines was constructed on the N329 provincial highway near Oss (Province of Noord-Brabant). The artwork was designed by artist and innovator Daan Roosegaarde and the road was constructed by Heijmans. This makes the project the first light-emitting highway pilot in the world. The Glowing Lines are part of the internationally known and award-winning Smart Highway concept. With this concept for the intelligent highway of tomorrow, Roosegaarde and Heijmans are jointly working on innovating the Dutch landscape in which poetry, design, technology, safety and an energy-neutral future converge. … (Read more)

Samples to be taken at Florence church on April 29

Italian experts on April 29 will be taking DNA samples from the remains of family members of Lisa Gherardini Del Giocondo at a family tomb inside Florence’s Santissima Annunziata church to determine whether she was the sitter for Leonardo da Vinci’s Mona Lisa, local authorities said on Thursday. … (Read more)

A French rap star has been charged with assault after a brawl at a Paris shop owned by a rival rapper left a young man fighting for his life in the latest chapter of an ongoing feud between two of the music genre’s biggest names.

According to witnesses, around a dozen people, among them the rapper Rohff, entered a branch ofUnkut, the clothing brand owned by fellow hip hop star Booba, in the centre of Paris late on Monday afternoon. … (Read more)

For Lindsay Vile, the recipe for a happy 65 years of marriage is patience, tolerance and understanding.

The Tauranga man then checked with his wife Shirley if that was right, before they and their two daughters sitting by them cracked up laughing.
“That’s exactly how it is,” daughter Sharon said about her parents and their 65th wedding anniversary today. … (Read more)