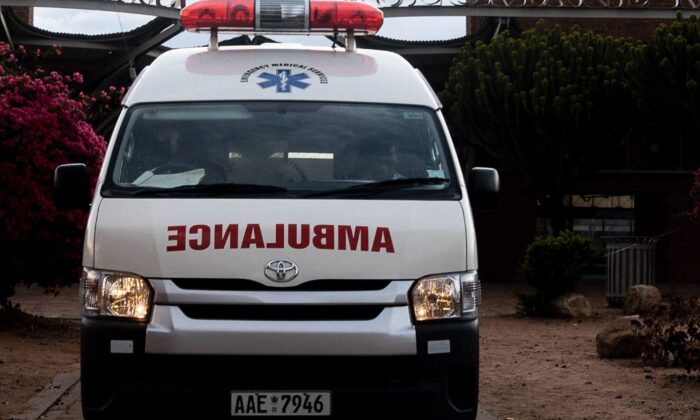 An ambulance in Zimbabwe in a file photo. (Zinyange Auntony/AFP via Getty Images)
Africa

7 Die in Gas Explosion at Zimbabwe Gold Mine, Police Say

HARARE—Seven people, including six foreign nationals, died when some gas cylinders exploded at the SAS gold mine in Zimbabwe’s Mazowe district on Thursday, police said.

“When I got there, the police were collecting the bodies. Ministry of mines officials and other government officials were there trying to establish what exactly happened,” Chasi said.

The explosion happened at the mine about 50 km (30 miles) north of the capital, Harare, police said.

Officers were “investigating the circumstances in which six foreign nationals as well as a Zimbabwean died when some gas cylinders exploded at SAS mine,” police spokesperson Paul Nyathi.

Another person was critically injured and taken to a local hospital, Nyathi added.