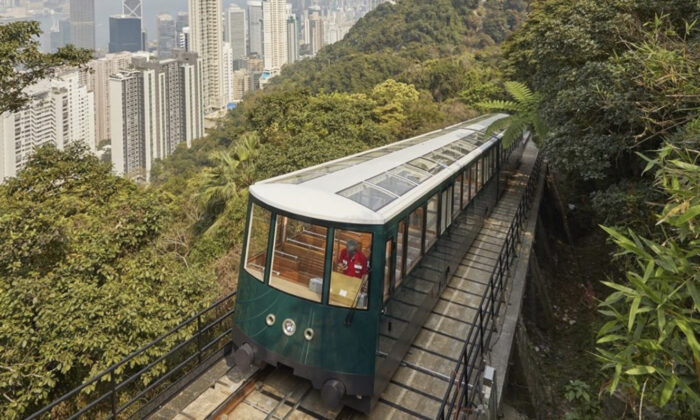 The 6th generation Peak Tram (after five Peak Tram upgrades) will be put into service at 11:00 a.m. on the 27th of August. Both Central Terminal and Peak Terminal will also be re-opened after renovation. The new indoor waiting area at Central Terminal can accommodate 1,300 people. Waiting time for passengers will be significantly reduced by more than 70 percent, but the new tram fare will also be greatly increased by 67 percent. Round-trip fare for adults will be HK$88 (US$11.22).

Earlier on, The Peak Tram invested HK$799 million (US$102 million) to upgrade the tram operation systems. These include replacing power, control, and signaling systems, cables, tracks, and refurbishment of both the Central and the Peak Tram Terminals. Now the improved sixth-generation tram can carry more passengers, and the expanded indoor waiting area of ​​Central Terminal can accommodate up to 1,300 people.

In order to facilitate access for disabled persons, the height of the upgraded platform and cable car floors will be made the same, and the waiting time of passengers will be reduced significantly by more than 70 percent.

In addition, the over 10-meter-tall sculpture “Infinite Eye” created by an Australian artist will be displayed outside the Central Terminal. There will also be five photo-taking spots in the Terminal where the evolution of tram designs, and Peak Tram’s power and operation systems from 1888 to 2022 will be displayed in sound and video formats. Design and operations of peak trams in each period will be introduced, and a replica of the first-generation Peak Tram will be built for viewers to learn its history.

The Peak Tram will launch a series of promotion campaigns during the opening period. These include a limited edition of 300 sets of “Super Fan Pack” priced at HK$428 (US$54.6) this includes Peak Tram Return x 1, Terrace 428 Ticket x 1, and Peak Tram Limited Edition Set x 1; and a “Flash Online Promotion” offering a special one-way fare ticket at HK$35 (US$4.5) for adults until Aug. 26. For other select tickets please check here.