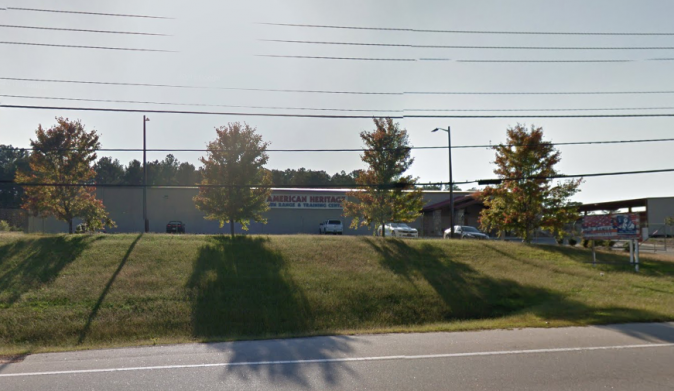 Officials are seeking information about a 66-firearm burglary at a gun range in McDonough, Georgia—just a few towns over from Atlanta.

The theft occurred during the early morning hours on May 18 at the American Heritage Gun Range and Training Center—the second burglary from this range in the past 30 days, according to the Bureau of Alcohol, Tobacco, Firearms and Explosives (ATF) and the National Shooting Sports Foundation (NSSF).

“[The] ATF takes this crime very seriously,” said Carl Walker, special agent in charge, in a press release. He said the agency is “committed to preventing firearms trafficking, which is a serious offense, resulting in significant federal prison time for those responsible.”

The 66 firearms stolen pose a potential danger to citizens’ communities and quality of life, Walker said.

The ATF and NSSF are asking the public for assistance, and together are offering a $5,000 reward to anyone with any information that leads to those responsible for the crime.

“The reward is part of a larger, national, cooperative initiative between the NSSF and ATF in which NSSF matches ATF rewards in cases involving the theft of firearms from federally licensed firearms retailers. ATF works closely with members of the firearms industry to curb the criminal acquisition and misuse of firearms,” Walker said.

The gun range store has a selection of over several hundred firearms in stock from over 15 major brand names, according to the business’s website. “We carry automatic weapons, rifles, shotguns, handguns, ammunition, safety gear, and other accessories.”

Anyone with information about this crime should contact the ATF Gun Hotline at 1-800-ATF-GUNS (283-4867). Callers may remain anonymous.

In 2015, the ATF closed 8,262 cases that had been recommended for prosecution—and landed convictions in more than 4,000 of those cases.