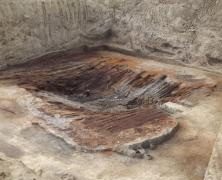 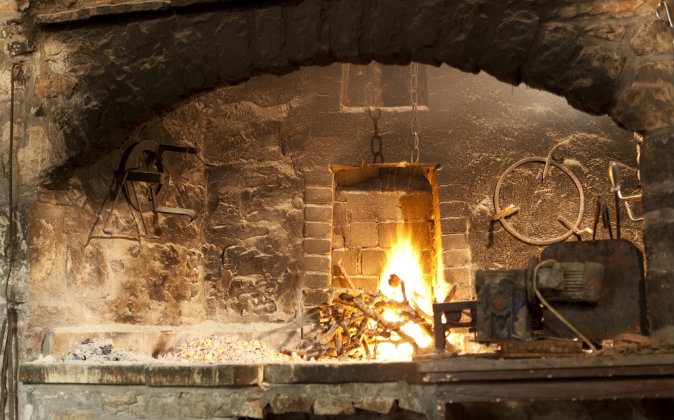 Archaeologists in Croatia made an incredible discovery during an excavation at a Neolithic site in Bapska, which experts say is one of the most important in Europe; they found a 6,500-year-old oven, complete with a heating and hot water system, which worked in a similar way to a modern-day AGA cooker, according to a news release in the Croatian Times. In addition, they found a smelted piece of iron ore that is thought to date back thousands of years before man apparently learned to smelt iron.

Lead researcher Marcel Buric, from the Department of Prehistoric Archaeology at Zagreb’s Faculty of Philosophy, explained that prehistoric houses at the time were made from wattle and had roofs made of hay, so using an open fireplace was dangerous. As a result, they came up with an ingenious solution, which enabled them to cook food, have hot water and central heating in their dwelling.

“It was permanently heated all day long and as the residents came home after a day in the fields they ate hot food cooked by the oven, washed in warm water, and went to sleep in a room heated by the same kiln. Just like some kitchen ovens today,” said Mr. Buric.

The ancient prehistoric oven worked in a similar way to a modern-day AGA, a heat storage stove and cooker, which works on the principle that a heavy frame can absorb heat from a relatively low-intensity but continuously-burning source, and the accumulated heat can then be used when needed for cooking and other purposes.

Also within the Neolithic dwelling, archaeologists unearthed the cremated remains of a 15-month old baby, and a set of deer antlers on the walls of the home, which are the thought to be the oldest known examples of hunting trophies.

However, the research team made another very rare and important discovery at the site–a smelted piece of iron ore by the kiln, thought to date back thousands of years before man learned to smelt and work iron.

“It’s not possible to say what it was used for but it is a significant find,” said Buric.

Surprisingly little information has been released about this amazing discovery despite its potential to change the current timeline regarding metal-working skills and technology. We hope that photographs and the results of complete testing of the iron will be released in due course.

*Image of an oven in a Croatian pub via Shutterstock