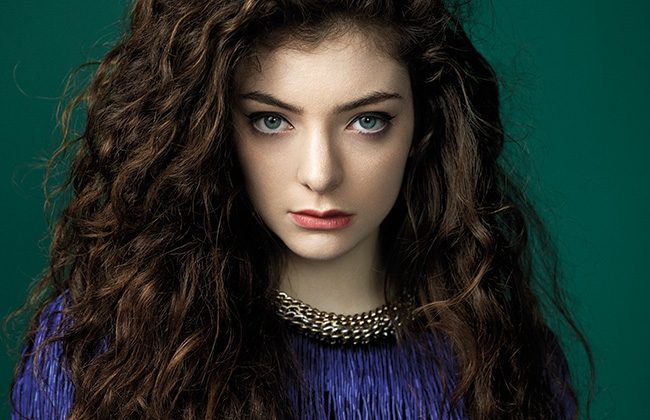 Bianca Silva
Bianca Silva has been into music from a young age. Driven by her passion for rock, she decided to turn her passion into a career. She has written for Boxx Music Magazine and had her own rocker-based blog called Indie Pit. Her love for music journalism doesn't stop her from tackling other areas such as sports, food and politics, to which she'll post here on occasion. She tweets as @binkstertweed.
View profile
Follow
biggersmaller
Print

Lorde took to Tumblr on Sunday to call out Complex for writing a negative review of Iggy Azalea’s debut album The New Classic while having her on as the cover for their November/October 2013 Issue.

“bugs me how publications like complex will profile interesting artists in order to sell copies/get clicks and then s*** on their records? it happens to me all the time- pitchfork and that ilk being like “can we interview you?” after totally taking the piss out of me in a review. have a stance on an artist and stick to it. don’t act like you respect them then throw them under the bus,” the singer wrote.

“I agree ‪@lordemusic media LOVE to flop about, But when you’re completely spineless Im sure its hard to stick to even ur own opinion ‪#GoGirl” and:

“The media will beg for free tickets to your show just so they can write about how much they hate it etc etc, I wish you could all see it.”

Complex responded with a lengthy post that explained why these artists are misunderstood about criticism and journalism in the larger sense.

“This issue Lorde highlights is an on-going problem in music writing, one where artists seem to think of journalists as akin to their publicists, and journalists are afraid to say anything bad about an artist for fear of losing access. An artist thinking that just because they’re interviewed by an outlet that said outlet can’t then “s*** on your records” muddies the difference between music profiling and music criticism,” Complex writes.

“The job of a journalist profiling an interesting artist is to bring their story to life for an audience. The job of a music critic writing a review is to put an album in the proper context for listeners and, yes, share their opinion on the album. Thinking doing one means a publication can’t do the other misses the point of each entirely,” they add.

When it came to Iggy’s tweets, Complex mentions that she got the cover because of her blossoming career and couldn’t make an opinion on her music since her album hadn’t been released at the time.

Once her album was released, the magazine said, “we decided (in a piece written by Staff Writer David Drake) it wasn’t all that great. What opinion didn’t we stick to? An opinion about an album we didn’t hear until recently? And again, just because we don’t think her album was very good, it doesn’t change the fact we that think of Iggy as someone people are interested in and want to know more about.”

They later ended the post by calling them talented artists they look forward to interview again but not before mentioning that they’re not going to treat artists like they’re above criticism just because they’ve already been covered since “that would just be plain spineless.”

Bianca Silva
Follow
Bianca Silva has been into music from a young age. Driven by her passion for rock, she decided to turn her passion into a career. She has written for Boxx Music Magazine and had her own rocker-based blog called Indie Pit. Her love for music journalism doesn't stop her from tackling other areas such as sports, food and politics, to which she'll post here on occasion. She tweets as @binkstertweed.