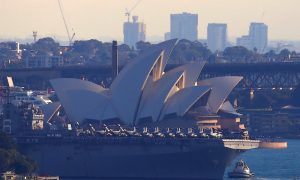 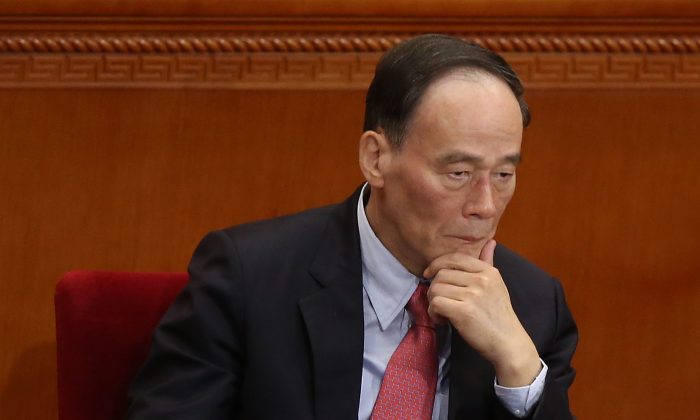 Anti-corruption chief Wang Qishan at the Great Hall of the People in Beijing on March 5, 2014. Recently, anti-corruption investigators criticized the 610 Office, an extralegal Party organization that oversees the persecution of Falun Gong, in a feedback report. (Feng Li/Getty Images)
China

Working with the Chinese police, agents of the “610 Office” would break into the homes of Falun Gong practitioners, ransack the place, and make arrests. Judges would convict the peaceful meditators at the word of a 610 agent. In detention facilities, it’s the 610 agents who oversee the forced ideological conversion of practitioners—a violent process that has killed at least thousands, according to incomplete figures.

The Chinese regime’s internal investigators, however, recently criticized the 610 Office for “a disparity in comprehensively studying and implementing the spirit of the rule of law”—Communist Party jargon for carrying out illegal behavior—a failure to adhere to Party leader Xi Jinping’s exhortations for clean governance, and insufficient “political sensitivity.”

The official feedback is the latest of the moves that the current leadership has taken against the 610 Office, which may ultimately lead to its dissolution. Even the investigations and leadership shake-ups it has been subject to over the last couple of years would have been inconceivable under a previous political leadership, where it had enjoyed unchecked influence due to the political favor it received from the former Party boss, Jiang Zemin.

It was, after all, founded by Jiang to carry out his campaign to “eliminate” Falun Gong, a traditional Chinese spiritual discipline.

Those who publicly challenged the secretive, extralegal organization were brutally punished. Gao Zhisheng, a well-known human rights lawyer, called the 610 Office a “Gestapo-like organization” and detailed its misdeeds in an open letter to top Chinese leaders in December 2005. Gao faced intense harassment soon after that letter, and was eventually arrested, detained, and severely tortured on three occasions.

But the 610 Office started facing internal setbacks after Xi Jinping became Party leader. In 2013, its director Li Dongsheng was the subject of a high-profile purge, and since then, its leadership has changed hands erratically. This July, the Party’s anti-corruption agency formally announced the investigation into the 610 Office without even naming the director of the agency, raising further questions about its leadership.

Proof that the 610 Office is in trouble is sprinkled throughout the recently released feedback, but requires careful parsing, according to analysts.

“Most of the criticism of the 610 Office is not much different from other state and Party entities being inspected,” said Heng He, an independent analyst of Communist Party affairs who writes columns in the overseas Chinese press. “However, at least one sentence is out of ordinary: ‘a disparity in comprehensively studying and implementing the spirit of the rule of law.'”

Heng He says that the anti-corruption agency is calling attention to the 610 Office’s extralegal privileges it has enjoyed since its founding—including during the tenure of Jiang’s successor, Hu Jintao, where Jiang still wielded enormous clout.

“Stripping the 610 Office’s privilege and openly criticizing it sends a signal” that the persecution policy towards Falun Gong “might change in the future,” Heng He said.

A more hopeful reading of the document suggests that “Xi Jinping is in the process of resolving the Falun Gong issue,” according to political commentator Li Tianxiao. “This is the opening salvo.” Li appears regularly on New Tang Dynasty Television (NTD), an overseas Chinese-language broadcaster. NTD and this newspaper are part of the same corporate parent company, Epoch Media Group.

Li notes that Party cadres in the 610 Office are told to “take heed” of their “political position,” and its senior leaders are criticized for having poor political “sensitivity” and “discernment.” These remarks, Li said, were likely made in consideration that Party officials must have already observed the Xi leadership’s shifting stance on Falun Gong over the years.

A year after taking top office in 2012, Xi Jinping announced the closure of labor camps; Falun Gong practitioners accounted for 40 to 50 percent of the labor camp population at any one time after the persecution started, according to Minghui.org, a clearinghouse for information about the persecution. A legal reform in May 2015 inadvertently allowed practitioners to file criminal complaints against Jiang Zemin. Earlier this year, Xi advocated a gentler approach to handling religion in China, and the regime’s top legal and security body held a national level meeting where the topic of righting historical wrongs was discussed.

In that context, the continued operations of the 610 Office seem to be something of an anachronism, and the persecution itself sometimes mystifies onlookers.

Thomas DuBois, a professor of modern China and religion at the Australian National University, says that the Chinese regime’s policy towards Falun Gong has “come at a very high cost in terms of China’s reputation.”

He added: “Observers remain unsure of what the move against the group was intended to achieve.”