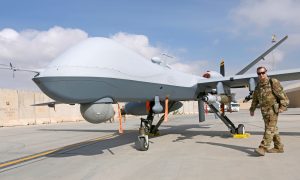 US Drone Shot Down Over Yemen: Reports
0 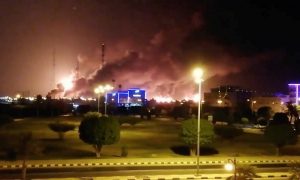 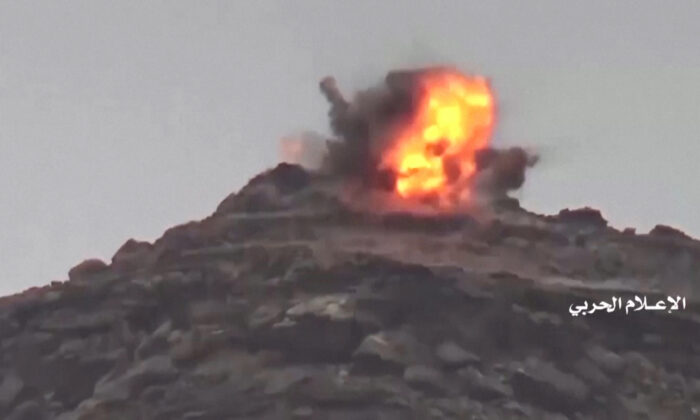 An explosion is seen during an alleged attack of Houthi forces at Saudi positions near the border with Saudi Arabia's southern region of Najran in Yemen, in this still image taken from video on Sept. 29, 2019. (Al Masirah/Houthi Military Media Center/Reuters TV via REUTERS)
Middle East

60 Killed in Houthi Attack on Camp in Yemen’s Marib

Al Ekhbariya quoted sources as saying the attack was carried out with ballistic missiles and drones.

Iran has been backing a proxy war in the country that has seen the neighboring Saudi Arabia get involved, supporting the internationally recognized Yemeni government under Abdu Rabbu Mansour Hadi. Hadi fled the capital of Sanaa to seek sanctuary in Saudi Arabia in 2015 after the Houthis took advantage of political unrest following the step down of President Ali Abdullah Saleh in 2012 in response to the Yemeni revolution of Dignity that echoing the Arab Spring pro-democracy uprisings.

From Riyadh in 2015, Hadi saw a Saudi-led coalition intervene, backing his government forces fighting the Iran-allied Houthis. Iran has always denied supplying weapons to the Houthis.

Iran-aligned Houthis did not immediately claim responsibility for the attack.