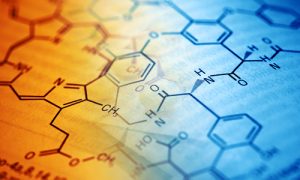 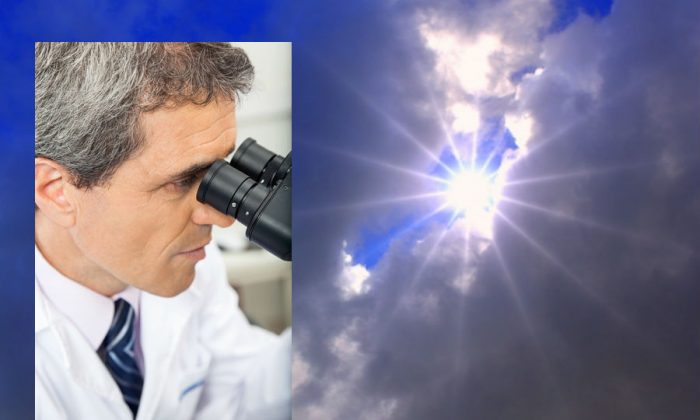 Dr. Eben Alexander believes humankind will move forward in its understanding only if both religious and scientific dogmas no longer constrain us. These dogmas limit our ability to understand the physical reality of the spiritual realm, he explains on his website.

Dr. Alexander has been an academic neurosurgeon for more than 25 years, including work at Harvard Medical School in Boston. He thought that near-death experiences (NDEs) were fantasies produced by brains under duress. He is a skeptic turned believer.

After his own journey to the afterlife while he was in a coma, he could no longer deny the existence of an afterlife, he said in his book “Proof of Heaven,” a New York Times bestseller published in 2012. His recovery from a NDE was deemed a medical miracle, and Dr. Alexander believes it was certainly a miracle.

The book’s description states: “This story would be remarkable no matter who it happened to. That it happened to Dr. Alexander makes it revolutionary. No scientist or person of faith will be able to ignore it.”

During a presentation at the Veritas Forum at Tufts last year, MIT professor Cullen Buie argued that science and faith are not mutually exclusive.

He said: “Some would have you think that faith and reason are like oil and water. This simply isn’t the case. Some of the greatest minds in history have employed faith to advance the frontiers of science. Many of the greatest scientists in history are people with a deep faith, not just in their science, but also in God.”

He also noted that scientists must often have faith in their theories and in themselves, even when they face a lot of doubt and criticism from their peers. He used the example of Thomas Edison, who was dismissed as a pseudoscientist and a fraud until he proved his light bulb could work. He referenced numerous other famed scientists, including father of the Big Bang theory Georges Lemaitre, all of whom professed faith in a higher, intelligent power.

“If you come over to MIT,” Buie said, “I can show you a whole hoard of professors who pray together, who also have faith.”

“Everyone exercises faith, the question is ‘Where is your faith?’”

Dr. Francis Collins was once an atheist, but became a believer. He is the former director of the Human Genome Project and the current director of the U.S. National Institutes of Health. He wrote an article for CNN in 2007 titled, “Why this scientist believes in God”:

“I see DNA, the information molecule of all living things, as God’s language, and the elegance and complexity of our own bodies and the rest of nature as a reflection of God’s plan.

“I did not always embrace these perspectives. As a graduate student in physical chemistry in the 1970s, I was an atheist, finding no reason to postulate the existence of any truths outside of mathematics, physics and chemistry. But then I went to medical school, and encountered life and death issues at the bedsides of my patients. Challenged by one of those patients, who asked ‘What do you believe, doctor?’, I began searching for answers.

“I had to admit that the science I loved so much was powerless to answer questions such as ‘What is the meaning of life?’ ‘Why am I here?’ ‘Why does mathematics work, anyway?’ ‘If the universe had a beginning, who created it?’ ‘Why are the physical constants in the universe so finely tuned to allow the possibility of complex life forms?’ ‘Why do humans have a moral sense?’ ‘What happens after we die?'”

Albert Einstein during a lecture in Vienna in 1921 (age 42). (Ferdinand Schmutzer)

“I’m not an atheist. I don’t think I can call myself a pantheist. The problem involved is too vast for our limited minds.

“We are in the position of a little child entering a huge library filled with books in many languages. The child knows someone must have written those books. It does not know how. It does not understand the languages in which they are written.

“The child dimly suspects a mysterious order in the arrangement of the books but doesn’t know what it is. That, it seems to me, is the attitude of even the most intelligent human being toward God. We see the universe marvelously arranged and obeying certain laws but only dimly understand these laws.”

—Albert Einstein, in “Relativity: The Special and General Theory”

“Try and penetrate with our limited means the secrets of nature and you will find that, behind all the discernible concatenations, there remains something subtle, intangible, and inexplicable. Veneration for this force beyond anything that we can comprehend is my religion. To that extent I am, in point of fact, religious.”

—Albert Einstein, as quoted in ‘The Diary of a Cosmopolitan’ by H. G. Kessler

5. Max Planck, One of the Founders of Quantum Mechanics

“Science cannot solve the ultimate mystery of nature. And that is because, in the last analysis, we ourselves are part of nature and therefore part of the mystery that we are trying to solve.”

—Max Planck, in his book ‘Where Is Science Going?’ translated by James Murphy.

“As a man who has devoted his whole life to the most clear headed science, to the study of matter, I can tell you as a result of my research about atoms this much: There is no matter as such.

“All matter originates and exists only by virtue of a force which brings the particle of an atom to vibration and holds this most minute solar system of the atom together. We must assume behind this force the existence of a conscious and intelligent mind. This mind is the matrix of all matter.”

—Max Planck, in The Nature of Matter a speech he made in 1944 in Florence, Italy.

Max Planck is regarded as one of the founders of quantum mechanics. He was awarded the Nobel Prize in Physics in 1918 for “the services he rendered to the advancement of Physics by his discovery of energy quanta,” according to the Nobel Prize website.

“I maintain that the human mystery is incredibly demeaned by scientific reductionism, with its claim in promissory materialism to account eventually for all of the spiritual world in terms of patterns of neuronal activity. This belief must be classed as a superstition. […] We have to recognize that we are spiritual beings with souls existing in a spiritual world as well as material beings with bodies and brains existing in a material world.”

—Sir John C. Eccles, in his book ‘Evolution of the Brain: Creation of the Self’

Sir John Carew Eccles, a neurophysiologist, won the 1963 Nobel Prize in Physiology or Medicine with Alan Lloyd Hodgkin and Andrew Fielding Huxley for his work in chemical synaptic transmission.

*Images of scientist and sky via Shutterstock