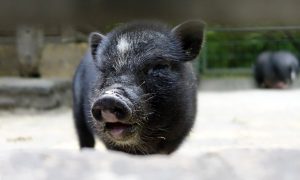 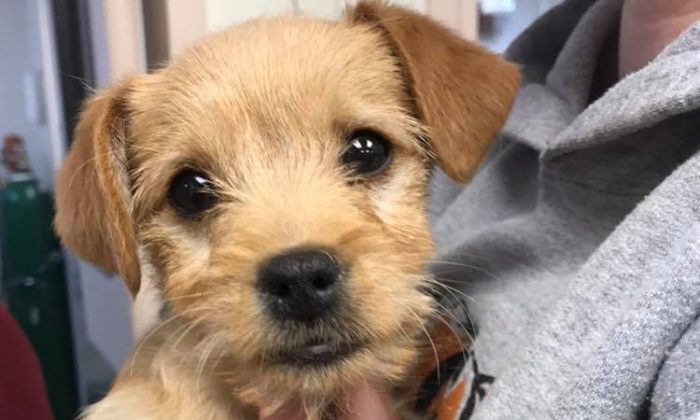 A three-month-old puppy that survived an emergency surgery after eating nearly 50 short ribs has died over the weekend, the Sacramento Society to Prevent Cruelty to Animals said on Sunday, March 3.

The “sweet scruffy” puppy arrived at the Sacramento SPCA on Feb. 27, where the shelter’s medicine team had to perform emergency surgery to remove nearly 50 short rib type bones from the puppy’s stomach and intestines.

This sweet scruffy puppy came to us after ingesting a large amount of ribs.Our shelter medicine team acted immediately,…

The SPCA said it had no idea how the little six-pound puppy had managed to eat that many ribs, but pet owners should “keep human food away from your furry friends.”

According to the Sacramento SPCA, the puppy was initially brought to a private veterinary clinic on Feb. 24, where the owner said the dog had eaten the ribs.

Unable to afford care for the puppy, the owner surrendered the dog to the private clinic. A clinic employee then brought the dog to the Sacramento SPCA, where it received surgery in the afternoon.

After having a good day after surgery—even eating a little bit—the puppy began to deteriorate over the weekend, the SPCA said in a Facebook post. Despite additional treatment from the shelter, the puppy didn’t survive and passed away on Saturday night.

There are times, despite everything we try, some stories do not have the happy ending we would like.Our little puppy…

While at the SPCA, the puppy underwent surgery in the care of Dr. Laurie Siperstein-Cook.

The puppy was recovering at a foster home when his condition took a turn for the worse.

“Our veterinary team provided him with additional treatment, but unfortunately his little body could not quite catch up.”

In another sad case, a dog owner in the UK accidentally killed her dog by letting her eat brownies with the sweetener Xylitol as an ingredient.

Kate Chacksfield was shocked after what happened, according to an interview with Daily Mail.

“I had absolutely no idea Xylitol was harmful to dogs whatsoever and I was heartbroken when they told me and I knew it was too late for Ruby,” she said.

Chacksfield had given her Hungarian Vizsla dog named Ruby chocolate in the past without incident. Although chocolate can be harmful to dogs, the vet told her it was not a problem in small amounts.

“I only made brownies with Xylitol in to reduce the amount of sugar I was eating,” she said. “But while I was out, Ruby managed to get into the container off the side in the kitchen and eaten a couple.”

The grieving pet owner hoped to warn others of the dangers of Xylitol.

“I really, really urge other dog owners to read up on the dangers of Xylitol in dogs and urgently take their pets to the vet if they accidentally consume it as it could be the difference between life and death,” said Chacksfield, via the Daily Mail interview.