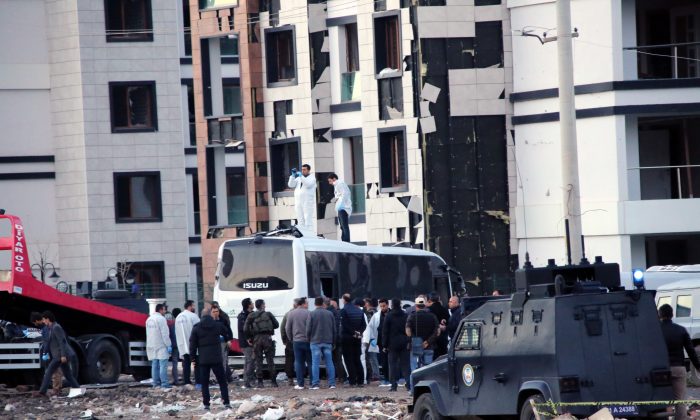 An explosion suspected to be from a suicide bomber struck the southeastern Turkish city of Diyarbakir, early on March 31, killing six police officers and wounding nearly two dozen others, according to a Reuters report.

Local media reported that a bus carrying police special forces was attacked near the city’s biggest bus station. In addition to the six officers killed, three others are reportedly in serious condition.

A car bomb attack on a #Turkish security convoy/ bus just in the center of #Diyarbakir. pic.twitter.com/m5ilyATZDI

The collapse of the ceasefire between the Kurdistan Workers Party (PKK) and the Turkish government last July has since sparked waves of violence.

This latest attack comes only 18 days after a car bomb ripped through Kizilay Square in Turkey’s capital city Ankara, killing at least 37 and wounding more than 130. Kurdistan Freedom Hawks (TAK) claimed responsibility for the March 13 attack in an online statement, saying it was in revenge for the military’s work in the Kurdish-majority south-east. In the statement, TAK said its intentions were to kill security forces and not civilians—although warned further civilian casualties would be inevitable.