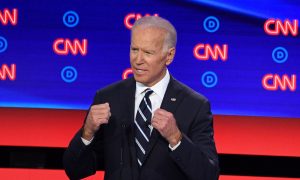 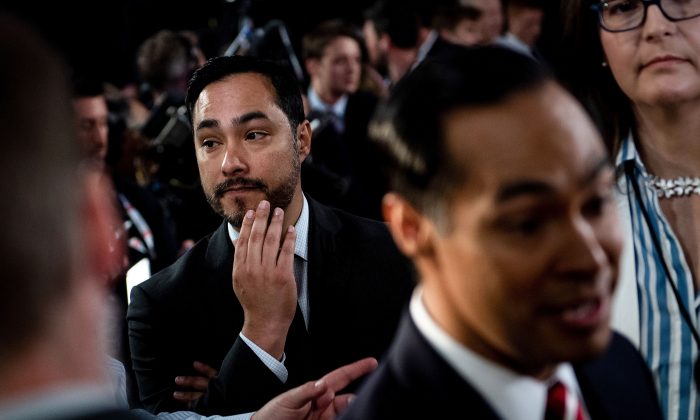 Joaquin Castro posted a list of donors to President Donald Trump on Twitter this week. It had the names and workplaces of 44 San Antonio residents.

The Castros reside in the southern Texas city and Julian Castro, who is running for president, is a former mayor there.

Joaquin Castro said that it was “sad to see” the residents donating the maximum amount to Trump’s reelection campaign, adding: “Their contributions are fueling a campaign of hate that labels Hispanic immigrants as ‘invaders.'”

On Aug. 7, Castro remained defiant in the face of harsh criticism, including a confrontation on MSNBC about what was happening to the people on the list, which included 11 retirees.

The list also included six people who previously donated to Castro and his twin brother, the Washington Examiner reported, citing Federal Elections Committee filings for three people and disclosures by three others.

“It is just amazing to me that he would do that. Then he’s calling me a racist because I’m supporting Trump. I mean, this is just ridiculous,” William Greehey, a philanthropist and former CEO of Valero Energy, who donated $5,000 to Joaquin Castro’s congressional campaign in 2013, told the Examiner.

Edward Steves, who owns a manufacturing company and held a fundraiser for Julian Castro’s mayoral campaign that he said drew in over $300,000, said that those on the list are now motivated to contribute to Trump or other opponents.

“He’s probably got 44 people that are going to contribute heavily to whoever might run against him in the primaries,” Steves said.

“Were his intentions to incite people to picket Bill Miller’s barbecue or to come to Don Kuyrkendall’s house, you know, assault my wife, make nasty comments?” Kuyrkendall said. “I’m just hopeful that none of this gets serious and that my grandchildren and children will be not intimidated by this stuff.”

Wayne Harwell, who also owns a real estate company, told Fox News that he donated to Joaquin Castro’s congressional campaign but will not donate money to the lawmaker in the future.

“I was also on a list of people that gave to Castro and if he dislikes me enough that he wants to put my name out there against Trump, I’m not going to give money to him,” Harwell said. “Obviously Castro feels pretty strongly against me.”

“I think some of the Democratic rhetoric is more hateful than some of Trump’s rhetoric,” he said. “I think the San Antonio community needs to take a real deep look at what Castro is doing. Why is he doing this?”

I don’t know who Joaquin Castro is other than the lesser brother of a failed presidential candidate (1%) who makes a fool of himself every time he opens his mouth. Joaquin is not the man that his brother is, but his brother, according to most, is not much. Keep fighting Joaquin!

One retiree on the list, who is an immigrant, added to the Daily Caller: “I think what he did is sickening. I think it’s disgusting.”

“I’ve had several phone calls this morning and people who have not donated to Trump, have said they’re going to. This has made them decide,” she said, calling on Castro to delete the post and apologize.

Trump weighed in late Wednesday, writing on Twitter: “I don’t know who Joaquin Castro is other than the lesser brother of a failed presidential candidate (1%) who makes a fool of himself every time he opens his mouth. Joaquin is not the man that his brother is, but his brother, according to most, is not much. Keep fighting Joaquin!”