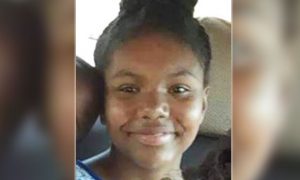 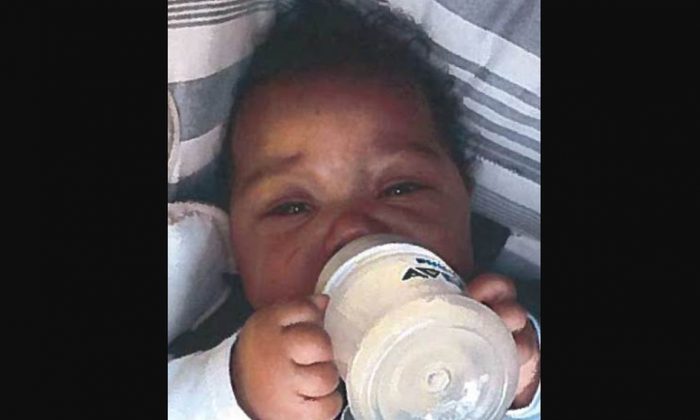 The National Center for Missing and Exploited Children said Jacsun weighs about 20 pounds, is 18 inches tall, and has brown hair and brown eyes. (NCMEC)
Crime and Incidents

Officials in Southern California are looking for six-month-old Culver City baby who hasn’t been seen in more than a month.

Jacsun Manson was last seen by witnesses on Dec. 31 in Culver City, reported ABC7. He was with his parents, Adam Manson and Kiana Williams, sitting in a blue 2006 PT Cruiser with a missing bumper after it was allegedly stolen by the two.

Days later on Jan. 3, the couple were arrested for car theft. They were reportedly trying to break into cars, and investigators think the PT Cruiser they were in was also stolen.

Both Manson and Williams were arrested by Los Angeles police but Jacsun was not with them. Since their arrest, the couple have refused to tell the Los Angeles County Department of Children and Family Services (DCFS) where their baby is, KTLA reported. They are still in the custody of the county sheriff’s department, the report said.

DCFS decided to report the child as missing on Jan. 25.

Update: Culver City police have released photos of the parents of #JacsunManson – Adam Manson and Kianna Williams. They have been arrested while their infant son remains missing https://t.co/EXI9u3qCqV pic.twitter.com/K0V650KWoT

The family had been living at the Upward Bound House in Culver City, a family shelter for homeless and struggling families, KTLA reported.

The National Center for Missing and Exploited Children said Jacsun weighs about 20 pounds, is 18 inches tall, and has brown hair and brown eyes.

Police told an NBC affiliate that Manson has at least two aliases, including Adam Owens and Adam Jackson.

Culver City police Lt. Troy Dunlap said, “We have contacted family members and friends, and they have been cooperative,” CrimeOnline reported. “But none of the information they have given to us has actually led to the location of Jackson,” he stated.

Dunlap added that he is “hoping for the best” in finding the boy but he’s still “preparing for the worst.”

A neighbor of the couple, who only gave the name Sandi, told CBS2 that she doesn’t “think they hurt the baby.”

A car tied to the mysterious disappearance of a 6-month-old boy whose parents are incarcerated was found.

“I really don’t,” she said. “I really believe they have him somewhere and they just refuse to tell.”

She described Williams and Manson as loving parents.

“I never saw anything but that little boy being showered with love and affection, that’s all I ever saw. They were always doting parents,” the woman said.

Missing Children: A Major Problem in the US

In 2017, the center said it had assisted officers and families with more than 27,000 missing children. In those cases, 91 percent were endangered runaways and 5 percent were family abductions.

“[Technology] has great benefits and some potential risks,” McBride told USA Today in 2017. “It’s important to stay plugged into their lives.”

Tech is utilized by online predators, McBride said, who exploit gaps when the child’s relationship with their parents is not the best.