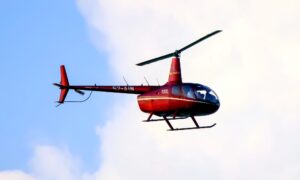 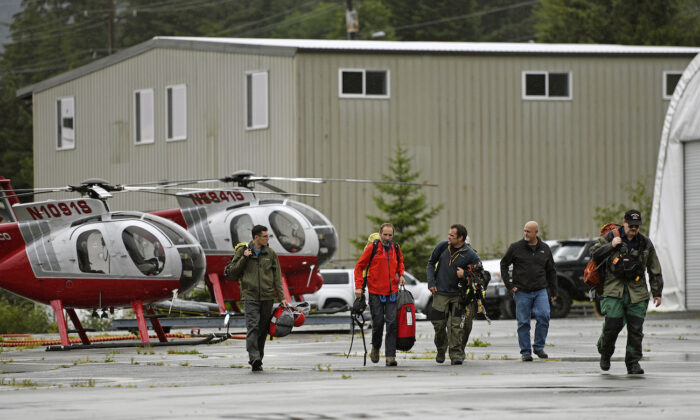 Six people have been killed after a sightseeing plane crashed in southeast Alaska on Aug. 5, the U.S. Coast Guard said.

The plane’s emergency alert beacon was activated at around 11:20 a.m. when the plane crashed in the area of Misty Fjords National Monument, near Ketchikan, the Coast Guard said in a statement.

The Coast Guard discovered the crash site in “a steep mountainous area,” the Alaska Department of Public Safety said in a statement.

The pilot of the plane was also killed.

Their identities were not immediately released. The Alaska State Troopers and volunteers from the Ketchikan Volunteer Rescue Squad are currently coordinating recovery efforts.

The plane left from Misty Fjords and was on its way to Ketchikan when the crash occurred.

A spokesperson from Holland America Line told The Associated Press that the ship stopped in Ketchikan on Thursday and delayed its afternoon departure after the plane crash.

The company said it was making counseling services available to guests and crew.

“The float plane excursion was offered by an independent tour operator and not sold by Holland America Line,” the statement said.

The cruise line also released a statement on Twitter confirming the crash and shared its condolences with the family of the victims.

“We can confirm that a float plane carrying five guests from Nieuw Amsterdam was involved in an accident in Ketchikan, and there are no survivors,” the cruise line said.

“It was an independent tour not sold by Holland America Line. Our thoughts and prayers are with the family and friends of the victims.”

The plane was a de Havilland Beaver, which is owned by Southeast Aviation LLC, AP reports.

The National Transportation Safety Board is sending a crew to investigate the crash, which is expected to arrive in Alaska on Friday.

The Federal Aviation Administration (FAA) is also investigating the incident.