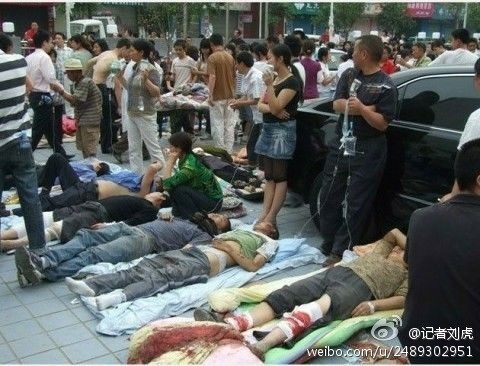 It was located around 70 miles northwest of the town of Leshan, occurring at a depth of around 10 miles.

The quake was initially reported as a 7.0-magnitude one but was bumped down to 6.9.

A 6.9-magnitude quake is capable of causing severe damage and loss of life.

Sichuan Province is the same area that was devastated in 2008 by a massive earthquake that left 90,000 people dead.

The Chinese regime’s seismological bureau and state-run television said the quake hit shortly after 8 a.m. in Lushan county in the city of Ya’an, home to China’s famous pandas.

The news office for the Sichuan provincial government said on its official microblog account that two people were reported killed in Lushan and that two townships had suffered severe damages.

The bureau initially measured the quake at magnitude-7, while the U.S. Geological Survey recorded it at 6.6-magnitude, powerful enough to cause severe damage. Its depth was shallow, less than 13 kilometers or 8 miles, which could magnify the impact.

The Chinese Communist Party mouthpiee Xinhua News Agency said that the quake rattled buildings in the provincial capital of Chengdu 115 kilometers, or 70 miles, to the east.

The provincial news office said the quake was felt in neighboring provinces.