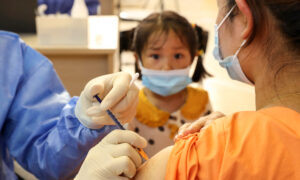 6.3 Japan quake: A 6.3-magnitude quake struck rattled southwestern Japan near the city of Kobe on Saturday. The quake’s magnitude was soon downgraded to 5.8, according to the U.S. Geological Survey.

There were no reports of casualties or any damage, reported USA Today.

There were also no tsunami warnings issued, the Japan Meteorological Agency said. “Although there may be slight sea-level changes in coastal regions, the earthquake caused no damage to Japan,” it said, according to Reuters.

The quake’s epicenter was around 4 miles northwest of Sumoto, said the U.S. Geological Survey. The quake, which had a depth of around 3.3 miles, struck in the Seto Island Sea between the islands of Shikoku and Honshu.

The quake hit at around 5:33 a.m. local Japanese time.

The Kyodo news agency reported that there were no immediate reports of damage to the Ikata nuclear power plant, according to TV NZ.