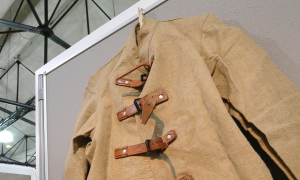 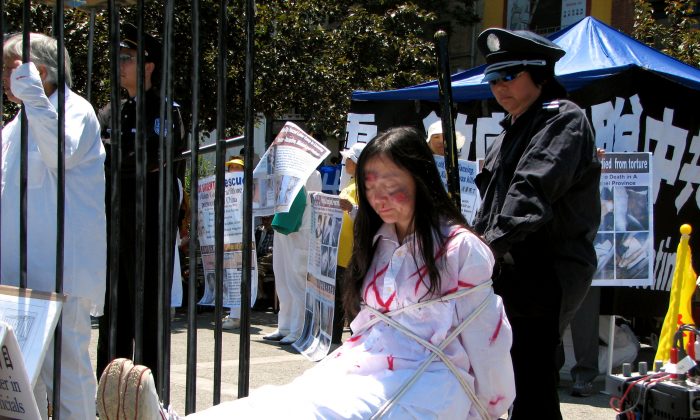 Seven years ago, Tian Xiaoping was imprisoned for her faith in China. Shortly after, Tian was subjected to a brutal round of torture aimed at forcing her to give up her spiritual beliefs.

The torture broke Tian and she relented to the prison guards’ demands.

But earlier this year, Tian decided that she would refuse to accept how she was treated, leading the 57-year-old to file an appeal of her case.

In 2012, Tian had been sentenced to 14-years in prison for practicing Falun Gong, according to Minghui.org, a U.S.-based website that serves as a clearinghouse for records of persecution of Falun Gong in China.

Falun Gong, also known as Falun Dafa, is a spiritual practice consisting of meditation exercises and a set of teachings centered around the tenets of truthfulness, compassion, and forbearance. As a result of the practice’s immense popularity in China, the Chinese communist regime banned the discipline in 1999, launching a sweeping crackdown that persists to the present day. According to estimates cities by Western media, around 70 to 100 million were practicing by the end of the 1990s.

In November 2011, Tian was arrested in Harbin city, in northern China’s Heilongjiang province, along with more than 40 practitioners after they visited the home of a late practitioner, Qin Yueming, who had been persecuted to death, according to the site. The practitioners were there to listen to Qin’s wife and daughter recount their struggles in seeking justice for his wrongful death.

When the meeting ended, more then 100 police stormed into the room, and used tear gas and electric batons to subdue the practitioners. Each practitioner was restrained by at least two police officers.

Tian was hit and sustained cuts to the forehead, and her clothes were torn during the melee. The tear gas caused her eyes to become red and swollen for ten days following the arrest.

Before her trial, three police officers tortured Tian during an interrogation in an attempt to get her to admit to practicing Falun Gong.

As part of the communist regime’s persecution of Falun Gong, state organs were directed by then-leader of the party Jiang Zemin to “ruin their reputations, bankrupt them financially, and destroy them physically.” Police stations are reportedly subject to quotas for arrests of Falun Gong practitioners, and officers are threatened with dismissal if these quotas are not met.

The officers tied Tian to a chair with her hands behind her back, and used high-intensity light to burn her face. Tian’s lips cracked due to the heat from the spot light.

One police officer kicked Tian’s knees while he interrogated her. Mentally and physically weakened from the torture, Tian ultimately signed the papers given to her by the police.

She complained to the public prosecutor about what had happened to her during the interrogation. While the prosecutor said they would investigate, Tian never heard back.

Tian was charged with “sabotaging law enforcement.” She was tried in Shuangcheng City Court in May 2012 with five other practitioners who had also been arrested on the same day from Harbin.

The practitioners all denied the charge. Their defense lawyers argued for their release on the grounds that Chinese people have the right to freedom of belief and religion, as guaranteed by China’s constitution.

The lawyers also contended that their clients had been tortured by the police. The judge refused the lawyers’ request to call the accused police officers to give evidence, and later ordered for the guards to remove the lawyers from the courtroom. The lawyers’ personal computers were also confiscated by the court.

In August that year, Tian was sentenced to 14-years imprisonment despite the public prosecutor recommending prison terms of three to five years. Two of the other practitioners on trial were also handed heavy sentences of 13 and 11 years.

Tian was sent to Heilongjiang Women’s Prison. There, prison guards beat her, stripped her, and poured freezing cold water on her.

She was also bound with her hands tied behind her back, and forced to sit on a small stool for up to 17 hours a day without moving. This caused her buttocks to become ulcerous and festered.

On one occasion, Tian passed out from being denied sleep for three days. Upon waking up, she was made to write a statement saying she would stop practicing Falun Gong.

As a result of the torture, Tian developed high blood pressure, diabetes, and depression.

When Tian’s family visited her less than a year later, they found that she could not walk without assistance and struggled to speak coherently. Her body was also trembling uncontrollably.

Tian suffered through her torture-induced condition for years before she decided to resume the practice while in prison. After doing the meditation exercises, she saw improvements to her health. Slowly she was able to walk again without help and take care of herself.

Finding renewed hope, Tian decided to file a motion to reconsider her case.

“Rather than being tortured to death by you in the prison, I’d rather persevere in my faith with dignity,” Tian told the guards.

“As long I’m still breathing, I won’t give up my faith again.”