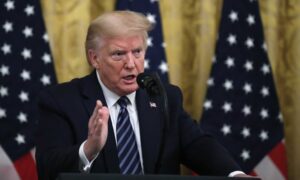 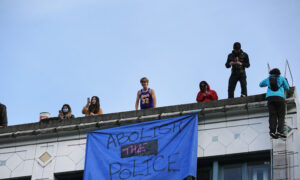 54 Scientists With Ties to Chinese Regime Are Fired or Resign. ‘Repressive Tolerance’ at CHAZ Site

Fifty-four scientists have resigned or been fired through ongoing investigations being done by the National Institute of Health into ties to foreign governments that people who received its grants failed to disclose.

The cases are part of a broader push from the U.S. government to tackle issues of Chinese espionage in universities and research institutes. It runs alongside a similar investigation being done through the Department of Education, and is the context of the recent indictment of Dr. Charles Lieber, the former head of the Harvard chemistry department, who had alleged ties to the Chinese government’s “Thousand Talents Program.”

And the two pictures being shown of the “Capitol Hill Autonomous Zone” (CHAZ) site in Seattle, of both peaceful protesters and of a violent radical mob, tie into a belief that animates many extremist socialist policies, known as “repressive tolerance.” The concept is used to justify violence under the banner of “peace,” and intolerance under the banner of “tolerance.”