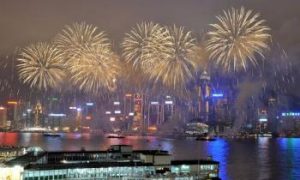 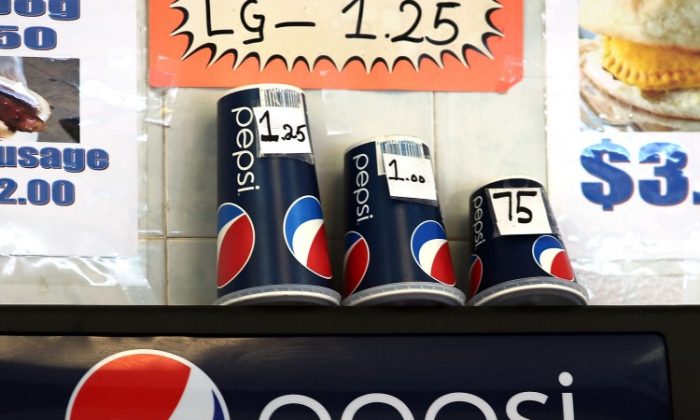 Various sizes of soft drink cups sit on a beverage dispenser in a fast food restaurant on June 1, in the Brooklyn borough of New York City. (Spencer Platt/Getty Images)
US

Fifty-six percent of respondents said the ban would not effectively reduce obesity rates, while 39 percent said it might help.

If the proposal is accepted, sugary drinks such as soda and fruit punch larger than 16 ounces would be prohibited from being sold in the city’s restaurants, movie theaters, and food carts.

Divide along borough lines included Manhattan respondents (55 percent) supporting the proposed ban, but the majority of respondents from the four other boroughs opposed the plan. The strongest opposition (65 percent) came from Staten Island respondents.

Asked whether the government “should [or should not] be getting involved in people’s eating and drinking habits to fight obesity,” half of the respondents said it shouldn’t get involved, while 46 percent were in favor. Respondents were split (43 to 43 percent) when asked whether they would describe the mayor’s plan as an example of so-called “nanny government.”

Quinnipiac’s poll, conducted over the phone from June 6 to 11, surveyed 1,093 registered city voters with a margin of error of plus or minus 3 percentage points.

The proposed large sugary drink measure was passed unanimously by the Board of Health on Tuesday, and now enters a public comment period until July 24. A public meeting will be held at the Department of Health on July 24, a spokesperson confirmed, and the board will ultimately vote on the measure Sept. 13.