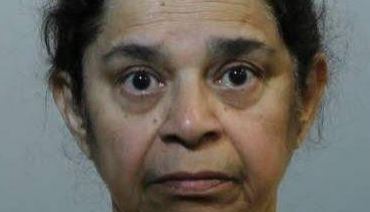 Hundreds of children may need to be revaccinated after authorities in Florida arrested a doctor for alleged fraud.

Dr. Ishrat Sohail was arrested on Friday, Feb. 23, for Medicaid fraud, according to the Florida Department of Health and Office of the Attorney General’s Medicaid Fraud Control Unit.

Officials said the Orlando doctor gave vaccines to patients with private insurance that were meant for Medicaid and uninsured children.

The vaccines were delivered to the doctor through the Vaccines for Children Program.

Besides using vaccines meant for others, Sohail is accused of giving patients only partial doses of the vaccines while billing for the full amount.

Officials said all the children vaccinated by the doctor may need to be revaccinated because of the partial doses, reported WFTV.

The department plans to contact all of the families involved.

Sohail’s license to practice medicine in Florida was suspended following his arrest.

Any child who was vaccinated by Sohail between 2016 and 2018 should consider revaccination, officials said.

There’s also the possibility that Sohail didn’t sterilize the vaccine properly, so anyone who experienced an adverse reaction or infection at the injection site is urged to contact DOH-Orange epidemiology at 407-858-1485.

Sohail’s Medicaid fraud came two years after the state health department suspended her for two months from the federal vaccination program for administering vaccines to private patients using the vaccines meant for Medicaid and uninsured patients.

The partially used doses were discovered in a follow-up visit in late January.

WESH reported that Sohail left the Seminole County Jail on Friday without saying a word about the charges against her.

The broadcaster said a staff member at Sohail’s office called members of the Medicaid Fraud Control Unit, alleging that Sohail planned to shred patient files related to the vaccine administration.

However, Sohail was not able to do so before officials seized the paperwork.