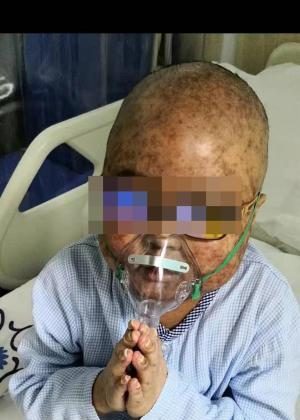 Fan Yuzhe was only five years old when he received medical treatment for leukemia at Beijing's Boren Hospital in 2018. (Courtesy of the Yuzhe family/The Epoch Times)
China

A young boy who had contracted leukemia received a bone marrow transplant and T-Cell-based immunotherapy at Beijing’s Boren Hospital last year. A few months later, he suffered from immune rejection and multiple organ failure, and had to go to another hospital for a lung transplant operation. He died in May this year as a result of multiple organ failure.

When the boy’s mother went through his treatment records, she found that the doctors at Boren Hospital had made contradictory diagnoses and treatment recommendations for him. The hospital had used the child as a guinea pig for T-Cell-based immunotherapy without informing the parents. Presently these therapies are not approved for clinical treatment in China.

Five-year-old Fan Yuzhe from eastern China’s Jiangsu Province was diagnosed with leukemia when he was a toddler in 2015. On recommendation from a doctor in Shanghai, his parents took him to Boren Hospital, where he received CAR T-Cell Therapy first and a bone marrow transplant thereafter. Yuzhe’s father was the bone marrow donor. The transplant operation was performed in August 2017 and was considered successful.

A T-cell is a type of immune system cell, which develops in the thymus gland and plays a central role in the immune response. CAR T-Cell Therapy stands for Chimeric antigen receptor T-cell therapy, a type of immunotherapy that uses a patient’s own genetically modified T-cells to find and kill cancer.

More specifically, the T-cells taken from the patient’s blood are supposedly enabled to identify and attack cancer cells after having gone through gene modifications in the laboratory. These T-cells are then injected back into the patient’s body for the cancer treatment.

In August 2018, Yuzhe contracted the Epstein-Barr virus (EBV) due to low immunity. He then went through EBV-CTL Cell Infusion Therapy twice at Boren Hospital.

Epstein-Barr is the virus that causes mononucleosis, nicknamed “mono,” and is often characterized by a rash, swollen glands in the neck and lack of appetite. Many healthy people carry the EBV without any symptoms because it is dormant in most people. However, for recipients of a bone marrow transplant, EBV may trigger an EBV-associated lymphoproliferative disorder (EBV-LPD). Leukemia patients who develop EBV-LPD could die in a couple of months.

EBV-CTL Cell Infusion Therapy is also a T-Cell-based immunotherapy that is meant to specifically fight EBV.

After the treatment, the boy experienced a wide range of immune-rejections as manifested in his skin, liver, eyes and nails—an indication that the immune cells from his father’s marrow and plasma were attacking his normal cells. He coughed day and night from severe immune-rejection in the lungs, and had to rely on a breathing machine to sustain his life. Doctors then recommended a double-lung transplant.

On Feb. 11 of this year, Yuzhe was transferred to the China-Japan Friendship Hospital in Beijing where he received a double-lung transplant. Although the transplant was successful, he passed away from multiple organ failure in May.

The boy’s parents spent more than 4 million yuan ($557,000) out-of-pocket on medical treatment for Yuzhe. They sold their apartment and cars, and are now drowning in debt.

Suspecting that their child was over-treated or maltreated at Boren Hospital, Yuzhe’s mother Li Xia made copies of all his medical records at the hospital. When she went through the records, she discovered that the boy’s doctors had completely opposite statements on his health conditions.

For example, a “Pathogenic microbial DNA report” on Aug. 23, 2018 concluded that the child’s EBV test was negative. However, a doctor surnamed Tan wrote in his ward inspection report on the same day that “EBV tested positive” and suggested treatment plans accordingly. The following day, two other doctors on duty, doctors Tong and Wu, wrote in their ward inspection record that “patient Yuzhe’s EBV test result is negative based on plasma analysis.”

On Sept. 30, 2018, the hospital did yet another blood analysis, which concluded that Yuzhe tested EBV positive. But on that same day, doctors Wu and Liu indicated in their ward inspection record that “Cytomegalovirus and EBV both tested negative in the plasma analysis.” Doctor Wu suggested a treatment plan based on “negative” results.

When the boy received treatment for EBV infection, there was a form called “Check-list for EBV-CTL cell infusion” dated Sept. 10, 2018. Li noticed that the form indicated that her son was listed as a “clinical trial recipient.”

After consulting a number of hospitals, Li learned that for any clinical trial recipient, the hospital must inform the family members and get a signed agreement with them before applying the treatment. In addition, the drugs used in the trial should be provided free of charge. But Boren Hospital did not follow any of these rules.

Li also learned from her attorney Nie Xue, whom she hired to represent her family’s case against the hospital, that according to regulations stipulated by China’s National Health Planning Commission in 2016, T-cell based immune therapies can only be used in clinical trials, and are not to be applied in clinical treatment.

The Chinese-language Epoch Times tried to contact Director Wu of the Blood Disease Department at Boren Hospital by phone on Aug. 27 and was told by the operator that all doctors were off from work. When asked for Wu’s direct number, the operator said she did not know it.

On Aug. 29, The Epoch Times called the hospital five more times, but no one answered the phone.