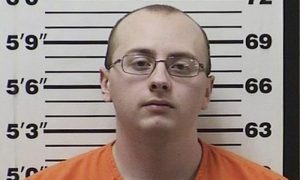 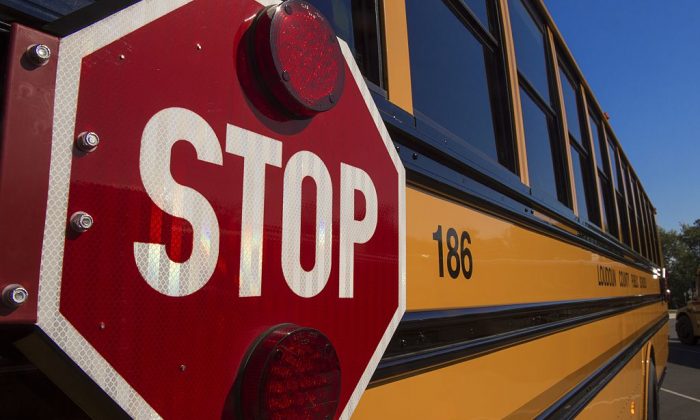 A 5-year-old Delaware boy was accidentally left on a school bus for seven hours this week amid cold weather, prompting the bus company to fire the bus driver.

The kindergartner boarded the bus as usual on Jan. 22, but fell asleep and never got off at Linden Hill Elementary School in Wilmington.

The driver steered the bus to the bus parking lot after allegedly ignoring other students who informed her about Ibn. Then, she parked the bus and didn’t check the seats, ignoring a sign that greets drivers when they enter the lot which reads: “Have you checked your bus for students?”

Another mistake by the school distric—not informing Ibn’s parents when he was marked absent on Tuesday morning—led to the boy spending seven hours on the bus.

“Clearly that was a fail on our part,” Pati Nash of the Red Clay School District said. “The mom and the dad should have been notified.”

And a fourth problem was also discovered. The bus had a child reminder alarm system, but it wasn’t working.

He was discovered when the bus driver got back on her bus to drive her afternoon route and she heard him cough.

Abdul Polk, Ibn’s father and a bus driver himself, criticized the driver for ignoring the students who told her about his son.

5-year-old Ibn Polk says he does not want to go back on his school bus after being left alone for seven hours Wednesday. https://t.co/O8IFcOEvHM pic.twitter.com/ApZsyxoj3Z

“That made it seem like she didn’t really care,” he told WPVI.

When the boy was finally found and reunited with his parents, his condition was not good.

“When I picked him up, he was soaking wet. He urinated on himself. He had nothing to eat and said he was crying,” Ivana Polk, the boy’s mother, told Fox 29.

Nash admitted that the whole ordeal highlighted a number of problems.

“We failed this family and this child,” she said. “We are entrusted with those children from 8 to 3 o’clock and we have to be certain we have them.”

The Red Clay School District later said that the driver, a contract worker through the Sutton Bus Company, was fired.

“In our bus driver handbook, it’s grounds for immediate termination to leave a child on a bus,” Nash told USA Today. “The driver is not ours, but we can and we did request that driver no longer drive for Red Clay.”

She also said that Ibn’s teacher would likely be disciplined for not alerting his parents that he was absent.

The district has launched an investigation and is reviewing policies to try to prevent what happened from happening again.

The Polks said their anger was mostly directed at the driver.

“Most of my anger’s at the bus driver. It’s concerning to me that she didn’t do her job,” Ibn’s father said.

“I know that the bus driver was just careless,” Ivana Polk added. “That’s a fact.”

Bus driver suspended after 2nd grader fails to get off for school, is found sleeping alone on bus hours later https://t.co/3STyp5xrDH

A Florida school bus driver was suspended without pay after a missing second-grader was discovered asleep on the bus hours after all the other students on board had been dropped off.

The incident took place on Jan. 23 in Panama City.

Bay District Schools said that the driver found the sleeping student on the bus when he reboarded the bus to drive his afternoon route around 1:30 p.m. The student was returned safely to his or her family.

An investigation has been launched.

“Words cannot express how sorry I am that something like this happened,” Superintendent Bill Husfelt said in a statement obtained by the Panama City News-Herald.

“I simply cannot imagine how this little boy’s mom felt when she got that call and I just can’t excuse something like this. What I can tell you is that this is an isolated incident, which doesn’t make it any less awful, and I can tell you that our bus drivers work very hard each day to care of our children, but this is simply inexcusable.”

District protocols require drivers to check each seat on the bus at the end of every route.

The driver will face disciplinary action that could include getting fired. In addition to a district investigation, the Department of Children and Families and local law enforcement are conducting investigations.