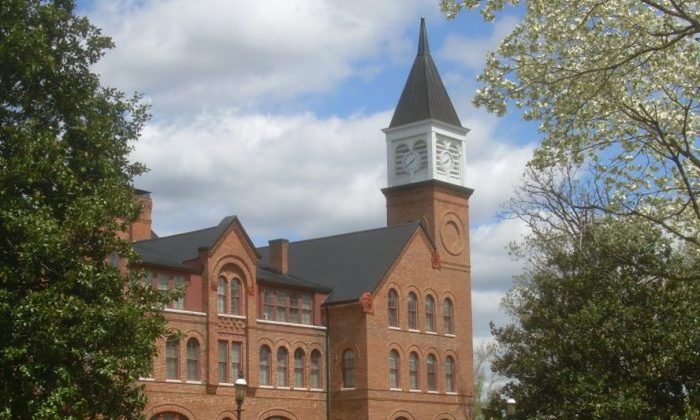 Update: The teens had clear toxicology reports, according to local officials, and the crash was ruled accidental.

A crash south of Tahlequah, Oklahoma claimed the lives of five teenagers on Sunday night, Sept. 17, according to a widely cited accident report.

According to the report, the truck veered off the roadway and struck a guardrail, then crossed to the other side of the road and drove through the bridge railing over Baron Fork Creek.

The teens died after the vehicle fell about 35 feet and landed upside down in the creek. The accident occurred about four miles south of Tahlequah.

It is being reported that Caldwell was driving at the time of the accident.

According to TulsaWorld, the five were all attending Northeastern State University.

“I cannot fathom the pain the families and friends of these young people are going through as a result of this terrible and tragic accident. My thoughts and prayers are with them this morning,” he wrote. “I have every confidence in the compassion of the NSU family to pull together and support those who are experiencing so much pain and sadness.”

A staff member of the Oklahoma Highway Patrol told The Epoch Times the official accident report would not be available for a week. The medical examiner’s office said that examinations will be performed Monday, Sept. 18.

Swartwout was mourned by Indianola Public Schools, where she graduated in 2017 as her school’s valedictorian.

Students who knew some of the teens were in shock at the tragedy and held a prayer circle at NSU shortly after noon on Monday.

Many were from small towns in Oklahoma, where news of their deaths is starting to spread.

“Not a good day for Thackerville… Drake, it was an honor to serve on the officer team with you. Your sense of humor and intelligence made you a star & I feel blessed to have been able to call you a friend,” wrote a friend of Wells on Facebook.

“I’ll always remember your graduation speech & how you always had a smile to give. My heart breaks for your family & friends. Fly high, friend.”