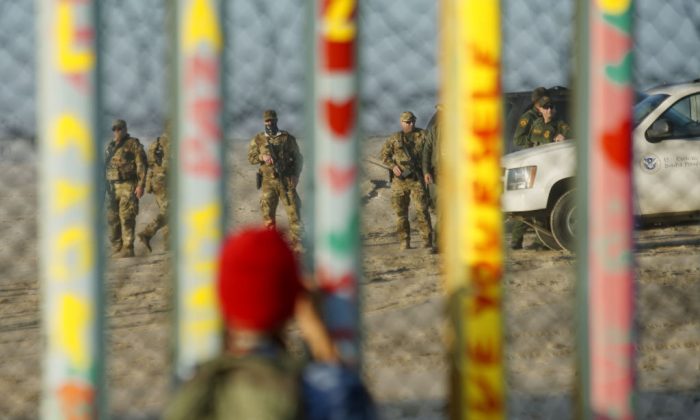 Five members of the notorious international criminal organization known as the Rendon-Reyes Trafficking Organization were sentenced to prison last week—their sentences ranged from 15 to 25 years.

The men, all from Mexico, with some residing illegally in the United States, previously pleaded guilty to racketeering, sex trafficking, and other federal charges, according to the Department of Justice (DOJ). They were apprehended in both Mexico and the United States.

The organization, based in Tenancingo, in Tlaxcala State, Mexico, smuggled young girls into the United States, where they were forced to engage in prostitution. The organization earned thousands of dollars in profit from the women. They then laundered the proceeds back to Mexico.

President Donald Trump told reporters on Jan. 6 that drugs, victims of human trafficking, criminals, and gang members are continuing to cross the border onto U.S. soil. He has not backed down from his demand for $5.6 billion in funding for the border wall to be included in the next budget.

“These sentencings are the latest chapter in this Office’s long-term commitment to eradicate human trafficking and all forms of modern-day slavery,” said U.S. Attorney Richard Donoghue. “The crimes committed by the members of the Rendon-Reyes Trafficking Organization were brutal and shocking, and I hope that the sentences give the victims in this case some sense of justice.”

Between December 2004 and November 2015, members of the organization, including the defendants, forced young women and girls, some as young as 14 years old, to engage in “countless commercial sex acts” in both the United States and Mexico, according to court documents. Three other defendants are set to be sentenced Jan. 15.

The organization targeted vulnerable women and girls from poor areas of Mexico and Central America. Members of the organization lured the victims into fraudulent romantic relationships with promises of love and marriage. Sometimes they abducted the victims and, in one case, a victim’s child.

The girls were forced into prostitution through methods including severe and repeated beatings, sexual assaults, forced abortions, threats to the victims, their families and their children, and psychological harm. Victims were forced to perform up to 45 sex acts a night.