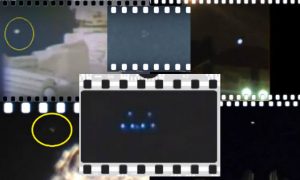 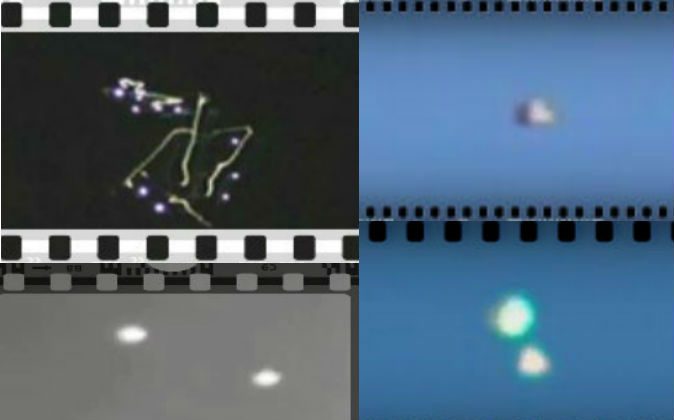 A compilation of five UFO sightings occurring between March 14 and March 21, 2014.
Life Beyond Earth

In Nanton, Alberta, Canada, on the night of March 16, a family saw two bright lights hovering near their ranch. The lights were less than a mile from their home, the family told CBC. (See the photos at CBC)

The lights came closer and swooped over their house, startling the cattle. Sam Martine snapped a couple of photos. The photos seem to show a motion blur, possibly from Martine’s hand being unstable, possibly from some erratic light movement or pattern on the object.

Her daughter, Baylie, tried to take photos with her phone, but her phone strangely malfunctioned and “The picture went completely green and later on that night it ended up deleting itself,” she told CBC.

5 Best UFO Sightings in Canada of the Year

2. Multiple Orbs Spotted Throughout the Day Over L.A.

Screenshot from a video taken by Jessie Contreras in Los Angeles, Calif., on March 15, 2014.

Jessie Contreras of Los Angeles, Calif., recorded footage throughout the course of the day on March 15. Between 2 p.m. and 6 p.m. Contreras said multiple orbs were spotted. The recording shows a fast-moving orange orb, then a more yellowish light, then something that has multiple shades.

3. Dual Lights in the Brazil Sky

Screenshot from a video taken of the sky over part of Brazil on March 19, 2014.

This video was published to YouTube on March 20, 2014. The camera zooms in close to the shimmering objects.

A video filmed on March 16 shows two objects moving very slowly above Treviso, Italy. They seem to hover, almost stationary, and only over the course of a few minutes is it apparent they are moving.