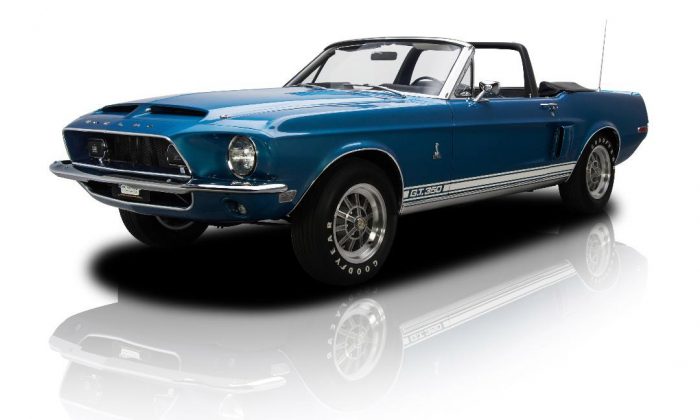 The Miami International Auto Show just completed a most successful run. The show, sponsored by the South Florida Automobile Dealers Association, is considered among the top five auto shows in the United States, with over 600,000 visitors in attendance.

The 190 auto dealerships of South Florida encouraged the public to come and feast their eyes on some of the finest cars made by automakers like Chevy, Cadillac, Toyota, Volkswagen, and Mazda. Attendees also had the opportunity to participate in the show’s Ride & Drive events, where they could test drive a number of the latest vehicles on offer.

A real treat for car buffs was the 1968 Ford Mustang Shelby GT350 that was showcased. This was certainly a walk down memory lane. Owned by collector Luis Quevedo, the Shelby has been awarded the prestigious Mustang Club of America Concours Gold honor three times. The Mustang, dressed with a Black Deluxe interior, also bears the autograph of automotive designer and racing driver Carroll Shelby and has an exclusive V8 engine with Goodyear Speedway 350 tires.

Recently Nissan launched its brand-new, stylish 2018 Kicks SUV. It is powered by a 1.6L 4-cylinder engine that delivers 125 horsepower and 115 lb.-ft. of torque, mated to Nissan’s Xtronic CVT transmission.

Outside, Kicks has new LED headlights, dark chrome grille accents, a rear roof spoiler, and roof rails. The MSRP is $24,350.

The Kicks was the vehicle for the annual car giveaway at the Miami Auto Show, compliments of Nissan.

One of the truly beneficial programs was also presented by Nissan. The Ultimate Service Titan is a special vehicle developed by Nissan to assist agencies like the Red Cross as they provide help in times of disaster.

This Titan truck is transformed into a mobile first-aid unit and command centre, installed with specialized equipment for search and rescue. The Titan will also assist in supplying necessities like food and water to rescue workers and local folks who have lost so much.

Nissan not only led the industry by developing the Ultimate Service Titan, but the automaker also made a $1 million donation to the American Red Cross. Another commitment it made was to Habitat for Humanity; Nissan also gave $1 million to the non-profit housing organization.

This year’s Miami International Auto Show was the first time an event had been held at the newly renovated Miami Beach Convention Center. The convention center was originally built in 1957, with an initial coverage area of 108,000 square feet. Today’s new $620 million facility has been expanded to 1.4 million square feet.

Durhl Caussey writes a car column read around the world. He may be reached at this paper or at dcaussey@sbcglobal.net.