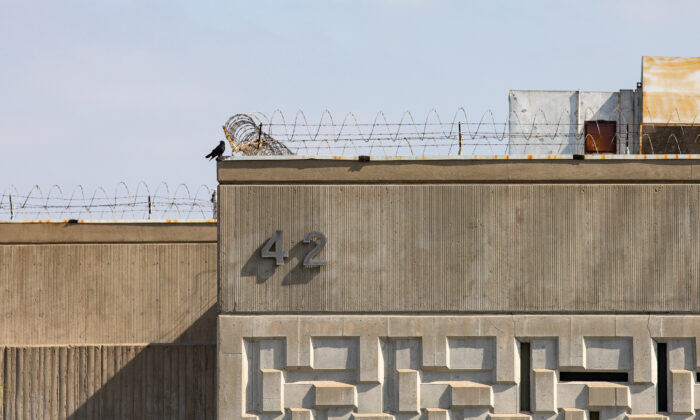 $480,000 Settlement Approved for Pregnant Ex-inmate Who Claims She Lost Baby Due to ‘Delayed Transportation’ to Hospital

A former prison inmate who was pregnant and alleges she suffered a miscarriage when sheriff’s deputies stopped at a Starbucks while driving her to a hospital has been approved to receive a $480,000 settlement in her federal wrongful death lawsuit.

The Orange County Board of Supervisors voted unanimously on Tuesday to approve the proposed settlement in a closed-door session, according to minutes of the meeting.

The civil rights case, titled “Sandra Quinones v. County of Orange” involved the “delayed transportation of a jail inmate to Anaheim Global Medical Center,” according to the records.

A complaint was filed in April 2020 by Sandra Quinones, who is no longer in custody. In it, she alleges that she was six months pregnant when she was incarcerated in March 2016 in the Orange County Jail.

The complaint further claims that her water broke unexpectedly that same month but that when she pushed the call button in her cell for two hours, staff did not respond.

When jail staff finally responded to the then-28-year-old, they “decided to transport Quinones to the hospital on a non-emergency basis” instead of calling an ambulance, according to the complaint.

However, the complaint alleges that on the way to the hospital, staff stopped at a Starbucks “and made Quinones wait in the back of a van bleeding and in labor instead of transporting Quinones directly to the hospital.”

Quinones gave birth at the hospital, but the baby soon died, according to court records cited by local media.

This, the complaint states, left her with “severe and extreme post-traumatic stress disorder and depression.”

Quinones was released from jail in April 2016.

The suit alleges the actions, or lack thereof, taken by staff at the jail caused injury to Quinones and resulted in the death of her baby. She also accused the county of failing to properly train its employees.

The settlement amount still needs to be formally accepted by Quinones before it is made final.

“That’s a very good result for someone badly treated in the jail,” Quinones’s lawyer, Dick Herman, told the Orange County Register upon approval of the settlement. “This poor woman, she’s in jail having a miscarriage and, instead of calling an ambulance, they take her to the hospital in a patrol car and the cops stop at Starbucks while she’s bleeding.”

He added that his client is homeless and mentally ill.

Quinones was initially part of a larger class-action lawsuit by several inmates alleging mistreatment and abuse in the Orange County jail system but her case eventually became separate to that larger lawsuit.

The lawsuit was initially dismissed by a federal court in 2020 on the grounds that her claims were bought outside of California’s two-year statute of limitations period; Quinones had claimed that the incident took place in March 2016 but didn’t file the lawsuit until Sep. 9, 2019.

However, it was reinstated by the 9th U.S. Circuit Court of Appeals in 2021, the Los Angeles Times reported.

Orange County Supervisor Katrina Foley told The Epoch Times: “More than 6 years ago, the undisputed facts show that two deputies who stopped for coffee failed to keep safe a pregnant woman entrusted in their care. As a mother of two sons, my heart aches thinking about the inability to control access to timely healthcare for your baby as well as the emotional pain and trauma caused.”

“The settlement will never erase the pain, but at least it will compensate the mom for some of her pain, suffering, and emotional distress.”