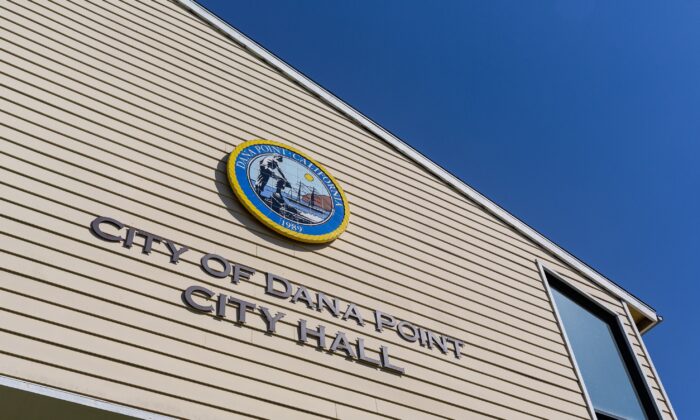 Dana Point City Councilors Aug. 25 canceled the elections for Districts 1, 2, and 3 and appointed three candidates who were running unopposed in the General Election.

On Dec. 13, Planning Commissioner John Gabbard will be sworn into office for District 1, Matthew Pagano for District 2, and current District 3 Councilman Jamey Federico will serve another four-year term.

Current Mayor Joseph Muller of District 1 and Councilman Richard Viczorek of District 2 will no longer be eligible for re-election after their terms end this December.

A canceled election, which saved the city up to $38,000, means voters cannot submit write-in candidates on the ballot.

Gabbard told The Epoch Times he wants to use his time in office to ensure communities and visitors are kept safe by police and fire services as well as work to provide clean, vibrant parks and bike trails, neighborhoods, and beaches for all. He additionally said he wants to manage development and traffic programs that benefit residents.

“Public service is in my blood,” he said.

Gabbard is also a veteran, who served as a Marine Corps officer for 13 years.

“There is no greater calling than serving your neighbors,” he said.

Regarding the city finances, Gabbard said he has vowed to be a “fiscal conservative, taxpayer, and budget watchdog.”

Pagano, born and raised in Dana Point, is the Chief Financial Officer for Pan-Pacific Plumbing, a mechanical contractor.

In his candidate statement, Pagano wrote that he will care for the community by maintaining quality of life, retaining fiscal responsibility with taxpayer’s money and supporting local law enforcement.

“I commit to rational and pragmatic problem-solving … [and] leading District 2 with integrity and for the benefit of all our citizens,” Pagano wrote.

For his renewed term, Federico wrote in his candidate statement he will invest in infrastructure to continue improving quality of life and public safety.

Federico wrote that in the next four years, he aims to “keep Dana Point a vibrant, world-class city.”

The outgoing city council will choose a new mayor on Dec. 6.