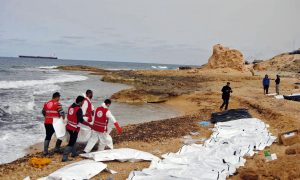 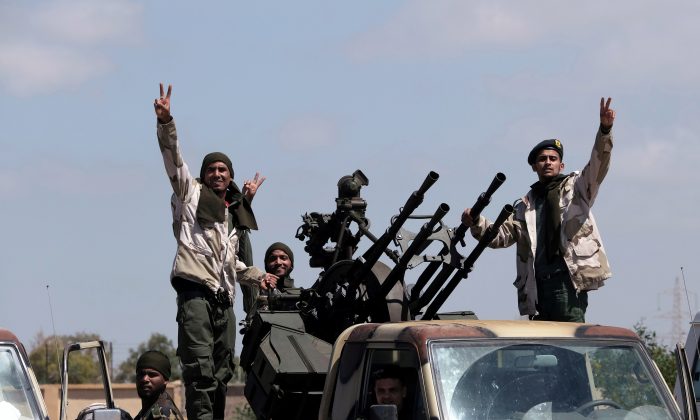 At least 44 people died in a Libyan migrant detention hub after an airstrike hit the building, in an attack that the United Nations said might constitute a war crime.

Some news outlets, including The Associated Press, described the incident as an airstrike while others, including the BBC, said it was shelling.

The United Nation’s High Commissioner for Human Rights, Michelle Bachelet, said the attack might “amount to a war crime” and was “the second time the shelter was hit,” the BBC reported.

Since longtime strongman Muammar Gaddafi was overthrown and killed in 2011, Libya has been mired in violence and instability.

“People were everywhere, the camp was destroyed, people are crying here, there is psychological trauma, the lights cut off,” Attia said. “We couldn’t see the area very clear but just when the ambulance came, it was horrible, blood is everywhere, somebody’s guts in pieces.”

“The absurdity of this ongoing war today has led this odious bloody carnage to its most hideous and most tragic consequences,” the UN Support Mission in Libya said in a statement.

The head of the African Union, Moussa Faki Mahamat, also condemned the strike. He called for an independent investigation and said those responsible for the “horrific crime” should be held to account. U.N. envoy Ghassan Salame said the airstrike could amount to a war crime because it “killed by surprise innocent people whose dire conditions forced them to be in that shelter,” AP reported.

The Libyan National Army, which backs Haftar, launched an offensive against the weak Tripoli-based government in April.

Hafter’s forces control much of Libya’s east and south but suffered a significant blow last week when militias allied with the Tripoli government reclaimed the strategic town of Gharyan, about 100 kilometers (62 miles) from the capital. Gharyan had been a key LNA supply route.

Hafter’s forces have targeted militia positions in Tajoura with airstrikes in recent weeks. The LNA said Monday it had begun an air campaign on rival forces in Tripoli after it lost control of Gharyan.