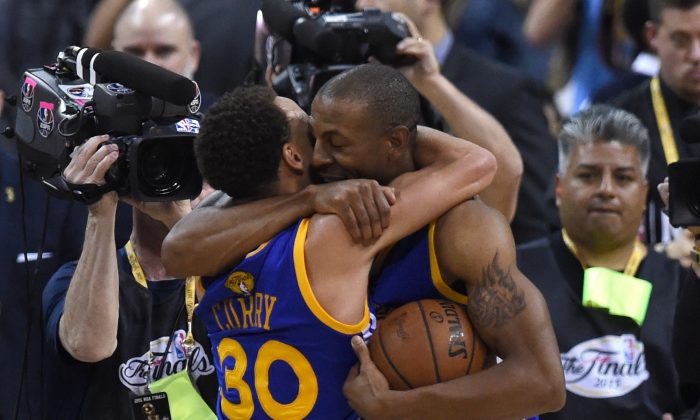 4 Ways the Champion Warriors Turned the Finals Around

The Golden State Warriors came back from a 2–1 series deficit to win the final three games and beat the Cleveland Cavaliers in six as the once-struggling franchise hoisted the Larry O’Brien trophy for the first time since 1975.

What changed the tide for Golden State? A number of things.

Andre Iguodala was named finals MVP despite not starting every game—the first finals MVP to do so. Although he was also well behind team leader Stephen Curry in the all-important scoring category (26.0 to 16.3), the voters got it right. His insertion into the starting lineup in Game 4 completely changed the series.

Before the season head coach Steve Kerr had convinced the former All-Star to come off the bench and be a super sixth-man and the ploy worked great during the regular season and through the first three rounds of the playoffs. But after Game 3 of the finals, the Warriors needed a spark to start the game and Iguodala provided it with his fast-breaking offensive game and stellar defense on LeBron James.

Iguodala’s insertion into the lineup for Game 4—in favor of center Andrew Bogut—sped up the game the way Golden State preferred. While Bogut had little success the first three games against Mozgov, taking Bogut out created mismatches all over the court for Golden State on offense and they took advantage.

Facing the same blowout projection in Game 5, Cleveland was forced to go small themselves but the defense suffered. Without Mozgov protecting the rim, Curry had more room to operate and ended up with his biggest game of the series, scoring 37 points.

When the Cavs went back to a bigger lineup in Game 6, it slowed down their own offense as Golden State’s defensive-specialist forward Draymond Green was able to keep Mozgov at bay himself.

After scoring 20 points in Game 3 and becoming the darling of the finals, Cleveland’s undrafted second-year guard Matthew Dellavedova scored 10, 5, and then just 1 point in the final three games as the Cavs offense grounded to a halt—save for James.

Suddenly a team that had persevered without second- and third-scoring options Kyrie Irving and Kevin Love, could only look to James posting up someone for some consistent scoring.

4. James Was on Fumes

Ultimately the burden on James, who was constantly being put in isolation plays to help a starving offense, was too much. The four-time MVP averaged 45.8 minutes per game, and 32.7 shot attempts per contest, in the series and by the end of Game 6 he looked gassed.

The only non-Celtics player to make the finals five straight years, James missed a trio of critical 3-pointers in the final few minutes while teammate J.R. Smith made three in a row to cut the lead to a manageable four points with 33 seconds left. But James’s 3-point attempt with 10 seconds left was off and that was it.

Still James’s final numbers for the series—35.8 points, 13.3 rebounds, and 8.8 assists—were some of the best the NBA has ever seen. It just didn’t get him the Larry O’Brien trophy.